The toll in 2022 is feared to be even worse than the 71,000 fentanyl deaths in 2021, potentially putting US fatalities over five years close to 300,000 as the drug is increasingly mixed into non-opioid drugs and counterfeit prescriptions.

“Today, we’re going to discuss how we can further deepen that relationship not only with Mexico but the Western Hemisphere. This includes… our shared security, including our joint action to address the plague of fentanyl, which has killed 100,000 Americans so far,” Biden said during a meeting with López Obrador at Mexico’s National Palace.

Fentanyl synthesized largely in Chinese labs and smuggled into the US primarily from Mexico, but also through other countries and the international mail system, has caused US drug overdoses to spike.

A record of more than 107,000 Americans died from drug overdoses in 2021 — more than 71,000 of them from fentanyl and related compounds, according to Centers for Disease Control and Prevention data.

Fentanyl is used by prescription to treat severe pain, but according to the Drug Enforcement Administration a dose the size of roughly 10 grains of table salt can be lethal.

Although Biden publicly mentioned fentanyl to López Obrador, he did not mention fentanyl during opening public remarks during his first meeting with Chinese President Xi Jinping in November and the issue was omitted from the White House’s readout of the private portion of that meeting. Biden aides later claimed he mentioned fentanyl behind closed doors.

Congressional Republicans led by Rep. Jim Banks (R-Ind.) in October and again in December asked Biden to meet to discuss fentanyl while blaming him for not doing more to stop the influx of the drug.

“It is clear that families’ pleas to the administration to step up their fight against the fentanyl crisis have fallen on deaf ears,” Banks and seven other House Republicans wrote to Biden.

“We respectfully request a meeting so that we can discuss solutions to the fentanyl crisis, discuss what we learned from constituents… and share with you a box of obituaries, pictures and letters from grieving loved ones who want you to see the real life impact your refusal to address this crisis is having on families throughout our country.”

Banks said at the time, “Those 70,000 Americans [who died in 2021] have names — and they have families and their stories deserve to be heard.”

Although Biden has until recently rarely publicly mentioned fentanyl, former President Donald Trump routinely boasted that he pressured Xi to launch a crackdown, including adopting a possible death penalty for manufacturers — though fentanyl deaths continued to rise nonetheless during his presidency.

“I said to President Xi that we cannot let fentanyl into our country,” Trump said in 2019. “Almost 100 percent comes from China. It’s devastating. As you know, better than I do, it’s devastating. And he has promised to… make it a criminal act at the highest level, which in China means the death penalty.” 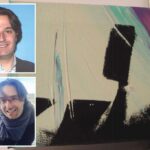 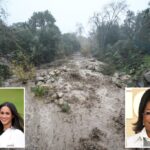