“Real Time” host Bill Maher took Democrats to task on the 21st season premiere of his HBO show over how they have “completely lost control” over schools across the nation.

“I thought a great subject to talk about would be schools, because they’re in the news a lot,” Maher began the panel discussion on Friday. “We live in a prison yard in this country, which is everything is tribal. And like anything that has to do with schools or education is something really the Democrats have to answer for because they control it. I mean, when you look at the Democratic Convention, it’s like three-quarters of them are teachers. My sister’s a teacher. I’m a big defender of teachers, but what’s going on in schools is outrageous, and somebody needs to answer for it.”

Maher highlighted a recent incident in Virginia where a six-year-old brought his mother’s gun to school and shot his teacher and how the school librarian told the press how “routine” teachers, students and other staff are assaulted.

“How did we completely lose control?” Maher asked. “How could any kid learn in this atmosphere when you can’t even survive? And these are all schools. This is not just inner-city schools. I hear this anecdotally from people. We’ve completely lost control of our schools.”

The HBO star suggested it’s the parents who are ultimately the “problem” with how children behave in school but “no one wants to go after” them since they’re voters.

Rep. Nancy Mace, R-S.C., shared how she was labeled a “bad mom” by her kids for taking away their iPhones and called on children to be off of social media, namely TikTok, since it’s “literally ruining our kids’ brains.”

“One thing we used to tell kids was that there is someone in authority. And at some point, you have to take note of that person in authority,” Substack writer Andrew Sullivan said.

“Children who are taught there’s no such thing as authority, the most important thing is expressing yourself at all times, are never held responsible for anything or constantly being excused for everything, they’re gonna end up this way. They need direction. People need authority.”

“Why does a four-year-old come in, instead of teaching them the colors, you’re telling them, ‘Pick your pronoun’? Where on earth did that come from? And who told us it was going to be imposed on children?” Sullivan asked. “More and more, when you look at this curriculum, it’s all about that stuff. It’s all about identity, it’s all about being queer or trans. Children can’t understand that stuff, not in kindergarten.”

“And you say that as a queer,” Maher pointed out with a chuckle.

“I don’t want to teach five-year-olds about being gay. I think wait a little bit, and they’ll pick it up anyway. It’s not like they can’t watch the TV,” Sullivan quipped.

He added, “They’re not telling them that, they’re telling them something worse. They’re telling that people can choose to be a boy or a girl or neither or both or something else entirely. That is a lie. You can’t. And it’s done in order to placate certain special interests in Washington, mainly the LGBTQIA+ people who’ve also been captured by the far left. We should say no to this.”

“I just don’t understand why this is the hill the Democratic Party wants to die on,” Maher said.

Maher said this argument isn’t “anti-trans” and that “most people” who agree are “liberal people” who accept the trans community, but also stressed that actually being trans is “rare.”

After the panel blasted how kids are being encouraged to “identify as a tree” and being taught that “boys can menstruate” and that “girls can have penises,” Sullivan took aim at the younger generation, who claim he’s a hater for opposing the woke ideology.

“It sometimes gets to me when the younger ones tell me that I’m the dinosaur. Do you know what we of our generation went through as gay men or women? Do you know what we really did?… Do you know the actual oppression of dying in the streets, of dying of AIDS, of fighting for basic civil rights and how they turn around and tell us you are an old has-been, you need to just go away, and not only that you hate trans people. ‘F— you’ is what I’d say,” Sullivan said.

“But I’m tired of it. I’m tired of it. And the way they can’t debate you. They say immediately you hate people. I don’t hate people. I would cherish a trans kid. I just don’t want a little gay kid to be told suddenly he might be a girl inside. I don’t want kids who are not able to make these kinds of decisions decide to have medication, medicalization, sterilization, drugs before they even hit puberty. It’s just wrong.”

Mace shared how parents back in her state of South Carolina were “bragging” that their kids started transition at ages four-six and pointed to the case of Chloe Cole, the teenage girl who at 15 had her breasts removed because she thought she had gender dysphoria and at 16 realized she made a mistake.

“And I think the Biden administration is all-in on that,” Maher reacted.

Sullivan pointed out that European countries are more restrictive when it comes to allowing minors to transition and that even the legacy media like The New York Times has expressed skepticism over whether children should receive medical treatment, yet the Biden administration will say “this is essential.”

“I don’t think Biden is behind this, but he’s certainly controlled by people who are,” Sullivan added.

“Well, medical schools are behind this actually,” Mace said. “We read stories. They’re training these medical students to say that puberty blockers are reversible.”

“And that’s, and this is coming from the ‘We’re the science people,’” Maher mocked the left. 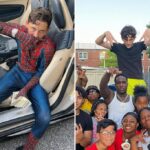 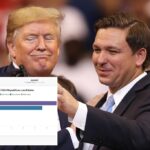 Both Trump and Ron DeSantis would beat Biden in 2024: survey