The Biden administration is pulling back on its student debt relief program amid numerous legal challenges, including six new lawsuits filed by Republican-led states.

In a reversal from Biden’s original sweeping proposal in August to cancel federal student loans up to $20,000, the US Department of Education announced Thursday that it would not forgive debt from borrowers whose student loans are owned by private entities.

The White House faced its first legal challenges to the controversial program this week, which the nonpartisan Congressional Budget Office estimated Monday would cost taxpayers $400 billion.

In the newest lawsuit filed in federal court in Missouri on Thursday, Republican attorney generals from Arkansas, Iowa, Kansas, Missouri, Nebraska, and South Carolina requested that the relief program be shut down, arguing it’s unconstitutional and that it does “not remotely tailored to address the effects of the pandemic on federal student loan borrowers.”

While the federal student loans tied up with private entities account for just a small percentage of the potentially 42 million Americans affected by the program, there are significant business interests — including banks, guaranty agencies, loan servicers and investors — that pose a legal threat to the program, according to Politico.

Many businesses and companies would lose money lent to borrowers who converted their federal guaranteed loans into consolidated new loans made to the Department of Education.

As of June 30, federal data shows there were 4.1 million federal borrowers with $108.8 billion worth of loans owned by private lenders, Politico reported.

The DOE said Thursday that those who have already applied for consolidated loan forgiveness by Sept, 29 would still receive it, however debt relief for those loans will no longer be available.

“As of Sept. 29, 2022, borrowers with federal student loans not held by ED cannot obtain one-time debt relief by consolidating those loans into Direct Loans,” the DOE said in an update on its website.

“Our goal is to provide relief to as many eligible borrowers as quickly and easily as possible, and this will allow us to achieve that goal while we continue to explore additional legally available options to provide relief to borrowers with privately owned FFEL loans and Perkins loans, including whether FFEL borrowers could receive one-time debt relief without needing to consolidate,” an Education Department spokesperson told Politico in a statement.

In their lawsuit, the six attorney generals claimed they would face economic hardship if loans owned by private lenders were forgiven. Nebraska Attorney General Doug Peterson said that his state’s pension fund is partly invested in securities backed by guaranteed federal loans. Others argued that the entire program would negatively impact their states’ economies.

The Department of Education said on its website it is “assessing whether there are alternative pathways to provide relief to borrowers with federal student loans not held by ED, including FFEL Program loans and Perkins Loans, and is discussing this with private lenders.”

Biden invoked emergency powers to authorize the loan forgiveness following a campaign from progressive Democrats — saying the COVID-19 pandemic meant he had a right to waive the debt. The administration has used a post-9/11 law meant to help members of the military as legal justification to reduce or erase student loan debt during a national emergency.

Republicans have argued in their suit that the administration is misinterpreting the law because, in part, the pandemic is no longer a national emergency, as Biden claimed in a recent “60 Minutes” interview. 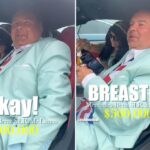 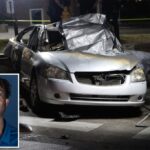