“As a result, at this time, we are not accepting applications. We are seeking to overturn those orders.”

The halt came after US District Judge Mark Pittman rejected Biden’s executive action to cancel up to $20,000 in student debt for tens of millions of Americans.

Pittman ruled that the White House did not have “clear congressional authorization to create a $400 billion student loan forgiveness program.”

“In this country, we are not ruled by an all-powerful executive with a pen and a phone,” Pittman wrote in his order.

But Pittman, who was nominated to the federal bench by former President Donald Trump in 2017, ruled that the HEROES Act did not give Biden the authority to cancel student debt without congressional approval.

“Amidst efforts to block our debt relief program, we are not standing down,”  Education Secretary Miguel Cardona said in a statement.  ‘[It’s] necessary to give borrowers and working families breathing room as they recover from the pandemic and to ensure they succeed when repayment restarts.”

More than 16 million applications had already been approved and a total of 26 million had started the process, Cardona said.

“Despite this decision, we will never stop fighting for the millions of hardworking students and borrowers across the country,” he said.

Last week, Supreme Court Justice Amy Coney Barrett denied an emergency application to block the program, the second time she had done so in a matter of weeks.

Under Biden’s plan, borrowers are eligible for forgiveness of up to $10,000 in federal student debt if they have an annual income under $125,000. Federal Pell Grant recipients are eligible to have up to $20,000 in debt written off. 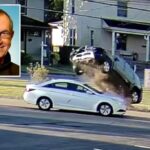 SUV flies over another car during high-speed crash 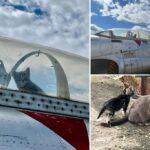