The Biden administration drafted an emergency resolution with the United Nations Security Council calling for an immediate rapid military deployment to help stem a spiraling series of health and security crises that are ravaging Haiti, according to a report Saturday.

The draft resolution comes in response to a plea by UN Secretary-General Antonio Guterres who appealed for a multi-national security force to help Haiti’s National Police fight against criminal gangs who have been terrorizing the country for several weeks, cutting off roads and blocking access to Haiti’s largest energy facilities.

The US, which has been reluctant to intervene militarily in the country, called for “the immediate deployment of a multinational rapid action force to support [the Haiti National Police] as recommended by the Secretary-General’s letter” according to the Miami Herald. It’s unclear how many US troops will be deployed.

Haiti, the most impoverished country in the Western hemisphere, is also reeling from a cholera epidemic and a shortage of potable water.

On Friday, the UN released a report accusing the country’s organized criminal groups of using systematic sexual violence against women that has gone largely unreported and unpunished.

The United Nations Integrated Office in Haiti in conjunction with the High Commissioner for Refugees reported that rape is increasingly being used as a tool of intimidation to punish disloyalty and enforce territorial grabs.

The report is based on more than 90 interviews with victims and witnesses over the last two years.

“Children as young as 10 and elderly women have been subjected to sexual violence – including collective rapes for hours in front of their parents or children by more than half a dozen armed elements – amid an explosion of gang violence in Haiti’s capital, Port-au-Prince,” the report says, adding that girls, women and sometimes men are used as sex slaves by armed men in gang “strongholds.” 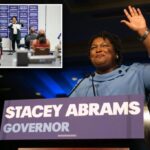