The Biden administration issued a directive Thursday ordering pregnant migrant children in federal custody to be sheltered in states that allow abortion.

The guidance, issued by the US Office of Refugee Resettlement (ORR), instructs officials to avoid placing pregnant unaccompanied minors in Republican states that restrict the procedure — and to transfer girls in these states to states where abortion remains legal.

The ORR is in charge of housing unaccompanied children who lack legal status and issued the guidance to staff.

It says they “must make all reasonable efforts” to give pregnant migrants abortion access if requested.

The ORR has already relocated an unknown number of pregnant unaccompanied minors to states where abortion is still legal, a rep told CBS News.

If there are limited beds in states without restrictions, the memo tells intake workers to “use their professional discretion and judgment and available information” to place the minors in the least restrictive option.

The new directive comes in the wake of the US Supreme Court’s decision in June to overturn Roe v. Wade — prompting a number of conservative states to impose restrictions on abortions.

An HHS spokesperson told CBS that the administration is focused on “supporting access to essential health care, including reproductive health care, for all populations we serve.”

There are fewer than 10,000 unaccompanied minors in federal custody as of Wednesday with only a small fraction known to be pregnant, a spokesperson told CBS.

The order adds new guidelines after the office previously directed staff to try to avoid placing pregnant migrants in Texas, which passed a law to ban most abortions after six weeks of pregnancy.

The ACLU Reproductive Freedom Project applauded the decision but said the Biden administration should expand its effort to include people in other types of custody, including in prison or in the custody of Immigration and Customs Enforcement (ICE) or Customs and Border Protection (CBP).

“The abortion bans in places like Texas not only prohibit access to abortion, but also to some miscarriage care,” deputy director Brigitte Amiri said in a statement on the group’s website.

“While unaccompanied immigrant youth should not be detained in the first place, this guidance will play a critical role in ensuring health care access for them, many of whom come to the United States fleeing violent circumstances, including sexual assault,” the statement continued. 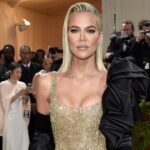 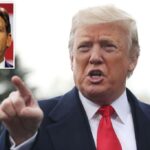