The moderators of the debate, held in Rio Grande Valley, kicked off the debate by asking the candidates questions about the hot-button issue of immigration as Texas this year has tallied a record number of border encounters.

Gov. Abbott’s move to bus migrants to northern cities like New York was a focal point of contention, with the incumbent touting the move and O’Rourke slamming it as a a political stunt.

Abbott blamed the Biden administration for the “disaster” at the border and touted his move to bus migrants to northern cities like New York as an effective response to the overwhelmed communities near at the US-Mexico border.

“Under the Biden administration, we have more people coming across the border than ever in the history of our country,” said Abbott.

“Texas has responded by making sure that we have the National Guard and DPS deployed where they are making arrests and turning people back, illegal immigrants, as well as what we’re doing by bussing people from where border security has dropped them off to sanctuary cities in the Northeastern part of the country.”

O’Rourke said he expected Abbott to place the blame on Biden for the border crisis despite him having been governor for the past eight years, calling his “Operation Lonestar” border security program a failure.

“We are eight years into his time as governor and this is what we have on our border,” O’Rourke shot back. “In fact, $4 billion into Operation Lonestar we’re seeing not fewer but more encounters at our border right now.

“What we need is a safe, legal, orderly path for anyone who wants to work, to join family or to seek asylum. “If you come to this country we expect you to follow the law. But on our side we expect our laws to reflect our values.”

There were a record 2 million illegal border crossings logged in the last 11 months, according to figures released this month by US Customs and Border Protection.

When asked if Texas should increase funding for Operation Lonestar, Abbott said the state shouldn’t have to because it’s the Biden administration’s job to protect the border.

O’Rourke said no more money should be allocated to the “failed” program, which he dismissed as “political theater for [Abbott’s] political career.”

“We’ve only seen more come. Now they get a bus ride to Chicago or Washington D.C. or New York. We don’t need any more stunts — we need solutions.”

Panelists showed Gov. Abbott a clip of New York City Mayor Eric Adams speaking at a press conference in which he claimed that he had reached out to the Texas governor to coordinate a plan for bussing migrants into the city, but said Abbott refused.

“This operation began after meeting with local officials — sheriffs, mayors, police chiefs and county judges — where they were overrun with the number of migrants that border patrol had dumped into their tiny little communities. They needed relief and bussing became one of the ways of providing them relief and thus began the process of bussing the migrants to cities as sanctuary cities.

“Mayor Adams has never called my office, never talked to him about it in my administration and so what he’s saying is flat out false.”

Abbott mentioned how the border city of El Paso, a Democratic-led city where O’Rourke was formerly mayor, is also bussing more migrants to other cities than the state of Texas.

When Abbott was asked why he wasn’t bussing migrants to sanctuary cities in Republican states, like New Orleans, Louisiana or Atlanta, Georgia, he said the larger northern cities have better infrastructure to accommodate them while pledging to send migrants to more cities in the future.

“There will be other cities in the future that also will be on the receiving of migrants because we will continue to have to move migrants because Joe Biden continues to allow more illegal immigrants to come into the state of Texas.”

Polls have shown Abbott consistently leading O’Rourke in the race, who rose to national prominence after narrowly losing to Sen. Ted Cruz by just 3 percentage points in 2018. Democrats are hopeful that the GOP-dominated state could soon turn purple, or possibly even blue.

Abbott, who leads the Democrat by eight percentage points in an average of polls measured by RealClearPolitics, has remained unphased even as O’Rourke outraised the two-term incumbent with at least a $30 million haul in the first half of this year.

Friday’s debate marked the first time the candidates meet in person since O’Rourke confronted Abbott at a briefing after the Uvalde shootings. 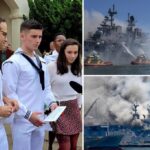 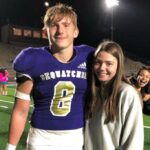 Teen couple killed after semi smashes into jeep in Tennessee