Texas GOP Gov. Greg Abbott will face Democratic challenger Beto O’Rourke Friday in their first – and likely only – debate ahead of the Nov. 8 election, with the ongoing border crisis the dominant issue facing the Lone Star State.

Polls have shown Abbott consistently leading O’Rourke, who became a national figure in 2018 by narrowly losing to Sen. Ted Cruz — raising hopes among national Democrats that the reliably red state could soon turn purple, or even blue.

“Here’s the way I see it: Most Texans are just beginning to tune into this election,” O’Rourke, 50, said ahead of the showdown in the Rio Grande Valley city of Edinburg.

But Abbott, who leads the Democrat by eight percentage points in an average of polls measured by RealClearPolitics, has been undaunted even as O’Rourke outraised the two-term incumbent with at least a $30 million haul in the first half of this year.

“This game ain’t over yet, and we’ll see how close it is when all is said and done,” Abbott said earlier this month.

O’Rourke has employed attacking rhetoric on the campaign trail and is expected to do the same at the debate, going after Abbott over the state’s near-total ban on abortions and the Republican’s hands-off view of gun control in the wake of the May 24 Uvalde school massacre that left 19 children and two teachers dead.

Texas’ abortion restrictions have no exemption for rape, and access to the procedure has been curbed further in the wake of the June Supreme Court decision overturning Roe v. Wade. Abbott has also taken some criticism for his response to the Uvalde shooting, but it’s unclear whether O’Rourke’s views on guns, including past support for a ban on AR-15-style firearms, will be a liability in Texas.

O’Rourke is now calling to raise the legal age to buy the weapons to 21 – a move which Abbott is firmly against.

“If Beto can coax Abbott into a moment where there’s a stark difference on, say, gun control, I think that can have a big impact,” Jason Villalba, who runs the Texas Hispanic Policy Foundation, told the AP. “But to do that you have to be aggressive and take large risks.”

Abbott, meanwhile, is expected to stay focused on immigration as the ongoing surge at the border has created a humanitarian crisis and national political debate. There were a record 2 million illegal border crossings logged in the last 11 months, according to figures released this month by US Customs and Border Protection.

The incumbent is expected to trumpet his “Operation Lone Star” program which sent state police and National Guard to assist border municipalities.

But despite the hype, it may be difficult for either candidate to move the needle significantly.

In a Quinnipiac University poll of likely voters released Wednesday, 96% of respondents said they had already made up their minds about for whom to vote.

A large plurality of voters (38%) ranked the border as the most urgent issue facing Texas, followed by abortion (17%) and inflation (11%). No other issue cracked double digits, with gun policy coming closest as the top issue of 8% of voters.

“The race for the top job in Austin leans toward Abbott, who has very strong support from white Texans, particularly white men, while O’Rourke has overwhelming appeal among Black voters and strong support among young voters,”Quinnipiac University Polling Analyst Tim Malloy said in a statement.

A statewide Democratic victory would not only send political shockwaves across the largest Republican-led state, but could mean a different-looking electoral map when it comes to future presidential races.

O’Rourke came within 3 percentage points of unseating Cruz in 2018 but Republicans have held a vice grip on statewide politics even as Democratic support has surged in the state’s urban centers and among black voters, polling has showed.

Friday’s debate will also mark the first time the candidates meet in person since O’Rourke confronted Abbott at a briefing after the Uvalde shootings.

“The time to stop the next shooting is now and you’re doing nothing!” O’Rourke yelled at Abbott before he was escorted away by security. 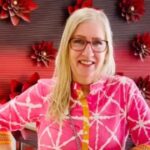 Jenny Slatten Job, What She Does for a Living