The 2022 Milan Fashion Week brought all the classiest fashions, from the Versace runway to the Dolce & Gabbana catwalk. Celebrities such as Kim Kardashian, Bella and Gigi Hadid, Paris Hilton, Emily Ratajkowski and several more made their grand entrances while modeling high-end brands. While they looked undeniably stunning, some stars didn’t quite make the cut under the best dressed list, and instead, appeared as some of the worst dressed.

Paris, 41, strutted in a unique pink ensemble on Friday, September 23, at the Versace show. She rocked a hot pink veil and matching high heels and cuffs to complement her scoop neck mini dress.

The following day, Kim, 41, stopped hearts when her silhouette was seen walking down the runway at the Dolce & Gabbana show on Saturday, September 24, alongside the two fashion designers themselves! The Kardashians star was seen in a simple but dazzling black spaghetti strap, floor-length gown, which sparkled under the spotlight.

In the days prior to her epic runway moment, Kim teased her Instagram followers with fun promotional videos and photos of her embracing what appeared to be a true Marilyn Monroe-inspired look.

“An appetizer before the show. #CiaoKim,” the Skims founder captioned a black and white video on Friday, September 23, featuring her sitting in the back of a car eating pizza and being photographed by a crowd of paparazzi. She had her platinum blonde hair curled into a shorter cut, reminiscent of the late Some Like It Hot actress.

Emily, 31, also gave her fans a sneak peek into her Milan Fashion Week lewk, which was an all-black outfit. The brunette model donned a leather miniskirt, a matching Moto jacket, knee-high boots and a purse during the Versace show.

“VERSACE MOTO MAMI tonight for my @versace family,” the mom captioned an Instagram video on Friday, September 23, of her posing for pictures in her edgy outfit.

“[Sebastian] strayed on multiple occasions,” one source claimed on August 22, whereas a second source alleged that Sebastian was also unfaithful while Emily “was pregnant” with their 18-month-old son, Sylvester Apollo Bear.

Scroll down to have a look at the best and worst dressed celebs from Milan Fashion Week. 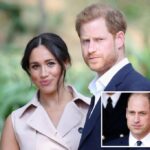 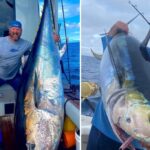