Maren Morris isn’t afraid to share her opinions, even if it ends up getting her into social media feuds. Her clapbacks are legendary at this point, as the country singer is willing to share scathing responses to TV stars, wives of country music superstars and British royal family fans.

Even when there isn’t someone famous involved, Maren is ready to fire back at Instagram commenters. When she wore turquoise thong underwear with a sheer skirt for a July 2022 performance at New York City’s Radio City Music Hall, the “Girl” singer got shamed in the comments of her Instagram post by a fan over the sexy costume photos.

“Really, she had to show her butt cheeks to do a show there. This is where I loose respect for these singers [sic],” one user wrote, to which Maren clapped back, “When there’s a Karen, there’s a typo…” about how the person should have used the word “lose.” She boldly posted the comment to her Twitter page, next to a picture of the offending outfit.

“The Bones” singer yet again caused quite a stir when she called Jason Aldean‘s wife Brittany an “insurrection Barbie” after getting in a feud over an alleged transphobic post.

“I’d really like to thank my parents for not changing my gender when I went through my tomboy phase. I love this girly life,” the former American Idol contestant wrote next to an August 23, 2022, Instagram beauty tutorial post.

“You’d think celebs with beauty brands would see the positives in including LGBTQ+ people in their messaging,” country singer Cassadee Pope tweeted about the post three days later, to which Maren commented, “It’s so easy to, like, not be a scumbag human? Sell your clip-ins and zip it, Insurrection Barbie,” referring to Brittany.

The Georgia native expanded on her “tomboy” post by writing, “Advocating for the genital mutilation of children under the disguise of love and calling it ‘gender affirming care’ is one of the worst evils. I will always support my children and do what I can to protect their innocence,” adding of her kids, “The other day Memphis wanted to be a dinosaur and tomorrow Navy will want to be a cat. They’re children.”

Maren wasn’t having it, firing back, “You know, I’m glad she didn’t become a boy either because we really don’t need another a–hole dude in the world. Sucks when Karens try to hide their homophobia/transphobia behind their ‘protectiveness of the children.’ Weren’t they putting their kids in ‘Biden-is-a-pedo’ shirts on social media? Sounds like a real safe way to protect them from millions of eyes! F–k all the way off to Insurrection Barbie and the fellow IB’s trolling this comment section with their hypocritical, hateful a–es.”

Scroll down for Maren’s most epic clapbacks and online feuds. 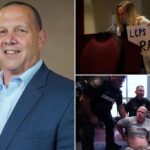 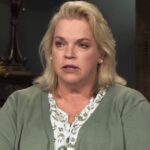