After a one-year television absence, the Golden Globe Awards are back in 2023, albeit with several changes. But one thing remains the same: stars will bring out their fashion A-game with either major wow moments or style fails.

The guest list for the Tuesday, January 10, event promises plenty of memorable moments, thanks to confirmed presenters such as Billy Porter and Ana de Armas. The Pose alum is a red carpet legend with his cutting-edge ensembles over the years, most memorably wearing a Christian Siriano black velvet ball gown with a tuxedo-style top to the 2019 Academy Awards.

Ana, a Golden Globe nominee for her performance in Netflix’s Blonde, is a brand ambassador for Louis Vuitton after wearing the luxury label’s gowns and other outfits exclusively to various events throughout 2021 and 2022. As a result, she’s always looking chic and stylish, donning the French design house’s bespoke dresses that show off her incredible figure.

This year will see at least one exciting newcomer light up the Golden Globes red carpet. Jenna Ortega, star of Netflix’s hit Wednesday, has donned stunning black and sheer gowns to various events ever since she became one of Hollywood’s most sought-after young talents. Fans will definitely be counting on her to bring a youthful and edgy style to the Globes.

Actress Kaley Cuoco will walk her first red carpet while showing off her baby bump. The Flight Attendant star announced on October 11, 2022, that she and boyfriend Tom Pelfrey are expecting their first child together. Kaley managed to hide her tummy at the September 12, 2022, Emmy Awards in a pink gown with a gathered skirt that camouflaged her midsection, but now baby No. 1 will likely be front and center with her Globes dress.

The Golden Globe Awards were last handed out in a grand scale and televised event in 2020. But a 2021 Los Angeles Times investigation subsequently revealed the Hollywood Foreign Press Association’s lack of diversity, with zero Black journalists among its then-87 person voting body and among the actors who were nominated for the organization’s awards.

Following the exposé, the HFPA promised to increase the number of BIPOC members by setting a goal of 50 percent inclusion in their membership throughout the next 18 months, while continuing to work on diversity issues.

NBC declined to air the 2022 Golden Globes Awards after years of televising the event while waiting to see if the HPFA was committed to the promised changes. But the show is back on the network, as well as their Peacock streaming service, but not in the usual Sunday evening time slot. Comedian Jerrod Carmichael will serve as host of the mid-week ceremony.

Get ready to see the best and worst dressed stars on the 2023 Golden Globes red carpet. 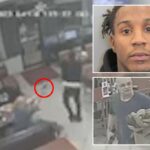 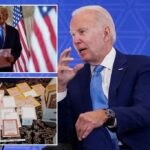