The University of Florida’s Board of Trustees approved Sen. Ben Sasse (R-Neb.) as the SEC school’s new president Tuesday amid outrage from students and faculty over the selection process.

Sasse, who is expected to leave public office at year’s end, told the panel prior to their vote that “I believe that this is the most interesting institution in the state, that has the most happening right now, and is therefore the best positioned to help lead our country through a time of unprecedented change.”

Sasse’s appointment was not without controversy, coming just days after the school’s faculty senate issued a no-confidence vote after he was named the sole finalist for the prestigious role.

Hundreds of students protested an appearance by Sasse at the Gainesville campus Monday.

The board ultimately backed Sasse’s appointment by a 13-0 vote, and the school’s Board of Governors is expected to formally approve him later this month.

“I am incredibly gratified by the engagement,” Sasse said after the vote Tuesday, adding that he welcomed the voices of those who questioned his candidacy.

“In a community this big, there is going to be a lot of diversity of opinion, and that is a good — not a bad — thing.”

Sasse served as president of Nebraska’s Midland University for for four years prior to being elected to the Senate in 2014.

Prior to his appointment at Midland, Sasse — a graduate of Harvard University who received two master’s degrees and a Ph.D. from Yale University — served in several roles in the George W. Bush administration while teaching at the University of Texas.

Nebraska Republican Gov. Pete Ricketts is expected to appoint a replacement for Sasse early next year, with a special election likely to be held in 2024 to determine who will serve the remaining two years of the senator’s term. 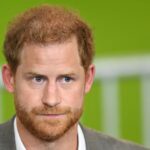 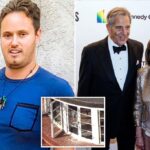