In 2008, Casey Anthony made headlines following the disappearance and subsequent death of her 2-year-old daughter, Caylee. Now, more than a decade later, Anthony is speaking her piece in a limited Peacock series titled Casey Anthony: Where The Truth Lies. While being interviewed, the Warren, Ohio, native opened up about her “Bella Vita” tattoo that sparked major controversy at the time, as well as a new design.

Does Casey Anthony have tattoos?

In July 2008, while Caylee was still actively missing, Anthony walked into an Orlando, Florida, tattoo shop and left with the words “Bella Vita,” meaning “beautiful life” in Italian, inked on her left shoulder. The mother was heavily criticized by the public for her decision to get a new tattoo amid the disappearance of her daughter. Now, Anthony explains she chose to do so to send a “f–k you” message to her family.

“That was a subconscious way for me to speak out against all of it … my family, my flawed and f–ked up family and my flawed and fucked up life,” she explained. “It was the antithesis of what my life really was.”

Despite her explanation, the prosecution used Anthony’s “Bella Vita” tattoo as a means of painting her as a party girl with little remorse.

Come July 2018, Anthony covered up “Bella Vita.” However, until now, it was unknown what the new design was.

How did Casey Anthony cover up her ‘Bella Vita’ tattoo?

Anthony now has a design featuring peonies and half a mandala on her left shoulder. The piece is meant to symbolize “growth” and “rebirth,” she says in the docuseries.

According to Asian tradition, a mandala “signifies the transformation of a universe of suffering into one of joy. It can also be used as an aid to meditation, helping the meditator to envision how to achieve the perfect self.”

Although Anthony waited more than seven years to cover up “Bella Vita,” she reportedly had every intention of doing so sooner. “The tattoo was a constant reminder of a difficult time in her life,” an insider told People in 2018. “She’s always been meaning to get it covered up, but she didn’t know what she wanted. She finally had the money to do it.”

Casey Anthony has a tattoo dedicated to Caylee

Anthony also has a design on the inside of her arm that means, “I hear you in everything.”

“That is my Caylee tribute tattoo,” she revealed.

She was found guilty on four counts of providing false information to law enforcement. By the time she had been sentenced, Anthony had already served three years — and exhibited “good behavior” — in prison. After the trial, she served 10 more days. 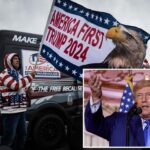 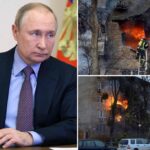 One dead in Kyiv as Russian airstrikes resume during G20