Beijing residents were stunned earlier this month when a brave activist carried out a powerful – and rare – protest against Xi Jinping’s leadership.

Peng Lifa was arrested soon after he took to the city’s prominent Sitong Bridge disguised as a construction worker and lit a fire to attract attention before hanging two banners and playing a prerecorded protest chant through a loudspeaker.

The banners displayed a daring message in bold red letters, branding Xi a dictator and criticizing a string of his policies which Peng claimed left citizens “enslaved people,” with the protest occurring just days before the Communist Party’s congress, which is expected to grant the President a historic third term.

“Students strike, workers strike, remove the dictator and state thief Xi Jinping,” one banner declared, while another said: “We want to eat, not do coronavirus tests; reform, not the Cultural Revolution. We want freedom, not lockdowns; elections, not rulers. We want dignity, not lies. Be citizens, not enslaved people.”

Peng hasn’t been seen since, and there are growing concerns for his welfare.

However, his bold act seems to have sparked a movement both within China and across the globe, with members of the public adopting his slogans and reproducing them in public areas.

It’s a particularly courageous stunt in China, where authorities are cracking down on potential copycats and censoring any vague mention of Peng’s original protest.

According to the pro-democracy Instagram account VoiceofCN, Peng’s message has since popped up in at least eight Chinese cities, including Shanghai, Beijing, Shenzhen and Guangzhou, as well as in Hong Kong and in 200 universities across the planet, Bloomberg reports.

Dr. Alexander Korolev, senior lecturer in politics and international relations in the School of Social Sciences at the University of New South Wales, told news.com.au that while the wave of protests proved there was “enormous frustration” over Xi’s rule, it would not be enough to undermine the regime.

“Chinese authorities are very quick and effective in terms of suppressing protests by reacting very quickly and killing everything before it develops into anything bigger,” he said.

“The Covid Zero policy is lunacy – it’s not possible for a country of that size to achieve Covid Zero; even in Australia it’s unfeasible.

“It doesn’t meet any scientific standards or criteria but nevertheless the Chinese authorities and Xi in particular have subscribed to it, and one reason might be to control potential turmoil and protests before the 20th Party Congress.”

Korolev said he believed Peng’s initial protest and the subsequent copycats were likely triggered by despair over the Covid policies especially, as well as anger over Xi’s decision to ignore the two-term rule that Chinese leaders have respected for decades.

“I think the protests are a desperate reaction to absolutely insane lockdowns – people have been locked down for months … and of course there is a lot of resentment about the cost of that, not just the economic cost but also the mental health cost,” he said.

“It has been enormously damaging to the normal functioning of society. What’s going on is not normal.”

Korolev said it was possible the backlash would grow, but that it wouldn’t be enough to loosen the President’s grip on power.

“I wouldn’t look at it as an early indication of a regime collapse,” he said.

“But to protest in China you need to be a very courageous person because the costs are enormous. Protesters will be arrested for sure, and nobody knows what happens after that.

“People are enormously frustrated but in most cases it’s a quiet frustration because the cost of protesting is not permissive – you just don’t do that if you want to live, and if you are a rational human being. But there is a lot of quiet resistance and anger.”

Korolev said the situation was likely bleak for dissidents who found themselves arrested by Chinese authorities.

“What I know is there is a sort of re-education, and by that I mean you need to repent and admit you were wrong, sign multiple documents in an official statement saying you were misled … and that you have reflected on what you have done and that you will never do it again and that you appreciate what the CCP is doing – that’s the mildest form of what happens to people who misbehave politically, so to speak,” he said.

“And many people agree to these measures because everyone has families. But nobody knows exactly what happens behind those walls.”

Over the weekend, Xi doubled down on his controversial Covid policy, insisting it had slashed Covid deaths despite the economic and personal impact. 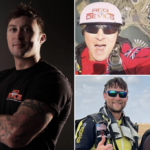 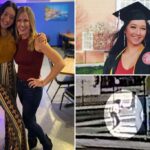