A 26-year-old beauty shop worker was fatally shot in the head while partying at a packed English pub on Christmas Eve, police said.

Elle Edwards had been with her sister and friends when gunfire broke out shortly before midnight Saturday at The Lighthouse Inn in Wallasey Village in Merseyside, reported Sky News.

The barrage of gunfire killed Edwards and critically injured a 28-year-old man, who was taken to a hospital.

A 22-year-old pub patron was wounded in the legs, a 24-year-old man suffered a hand injury and a 33-year-old man hurt his wrist.

A female patron performed CPR on Edwards until first responders arrived. Edwards was rushed to Arrow Park Hospital, where she was pronounced dead a short time later.

Edwards worked as a beautician at a salon called Nova Studio in Wirral, where her co-workers mourned her violent death.

“Heaven gained the most beautiful angel,” a message posted on the beauty parlor’s Instagram page read. “We are all heartbroken, thinking of all of your family right now Elle.

“Thank you for all of the laughs and happiness you brought into our lives, rest in paradise angel, love from your team at Nova.”

Detective Superintendent Sue Coombs said at a press conference on Christmas Day that officers believe the perpetrator fired shots toward the entrance of the pub, and that Edwards was not the intended target. Police are still hunting for the gunman.

Coombs added that detectives were trying to determine a motive behind what she described as a “cold-blooded shooting.”

“No family should have to be faced with this ordeal at any time but at Christmas, which should be a time of peace and celebration, it makes it so much harder to bear,” the detective inspector told reporters.

Speaking to Sky News outside The Lighthouse Inn, one of Edwards’ friends, who only gave her name as Jess, recalled that people initially thought they had heard fireworks when the gunfire erupted.

“But automatically everything just stopped and we had a feeling that something wasn’t right,” she said.

Minutes after the shooting, a dark-colored car, possibly an A-class Mercedes, was seen leaving the parking lot. Police said they want to speak to anyone with information about that car.

‘We won’t rest until we find the people responsible for this terrible, terrible crime,” Coombs said.

Edwards’ family members, led by her father, were seen laying flowers at a makeshift memorial outside the crime scene Monday.

They left a note that read: “To my beautiful Elle, you are the light of my life, you will never be gone.” 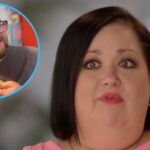 Who Is Meghan Crumpler’s Fiance Jon? 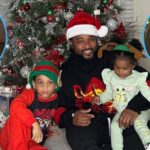