A British TV reporter is warning others about how she contracted sepsis and failed to spot its symptoms – even after she had interviewed a woman who almost died of the illness just a month prior.

Sarah McMullen, a journalist with BBC Scotland, spent six days in a hospital after she developed the life-threatening result of the body’s radical response to an infection.

The condition also is known as the “hidden killer” due to the difficulty to detect it as the immune response attacks the body and risks organ failure.

McMullen fell ill just a month after she had interviewed sepsis survivor Kimberley Bradley, who was left comatose for eight days, on “The Nine,” the BBC reported.

“A month after doing this interview, I ended up very unwell with sepsis myself. Resulting in an A and E visit, a week in hospital and a couple more weeks of tablets and rest,” McMullen, 30, said on Twitter, using the British term for the emergency room.

The journalist sought to further educate the public and urged people who have the symptoms to get immediate help.

“I should’ve acted sooner,” she acknowledged.

McMullen told BBC Radio Scotland’s “Drivetime” that Bradley “spoke through all of the symptoms and what to look out for and what to remember and when to get help and I did not remember them well enough.”

She said she began feeling unwell at her studio in Glasgow, where she got cold and developed goose bumps.

“Then I started physically shaking and all the color drained from my face,” McMullen said. “My lips were turning blue. My hands were chalk white, like you had been standing outside in winter for hours.”

She said she “felt like something mentally might be happening to me because I was so confused and quite weepy, actually.”

Later, McMullen tried to sleep off the symptoms but they got progressively worse and she finally sought help about two days later.

When she arrived at the hospital, she was admitted as a category two patient.

“Category one is life-threatening so I was very unwell,” she said, explaining that she was given antibiotics and morphine as her temperature spiked.

McMullen ended up spending six days at the hospital.

“It could have been a lot worse. That’s what I was told on several occasions,” she said. “The doctors kept saying to me, ‘You have been very lucky here.’”

The broadcaster urged people to seek immediate help if they develop symptoms like a rapid rise in temperature or uncontrolled shivering.

“It really is the difference between it being life or death in some instances,” she said.

Sepsis symptoms also include a high heart rate or weak pulse; confusion or disorientation; shortness of breath; extreme pain or discomfort; and clammy or sweaty skin, according to the Centers for Disease Control and Prevention.

On Monday, McMullen said in a tweet: “Thank you everyone for the kind well wishes. Very glad to be back to work, back in the studio and back to business.” 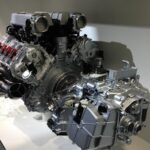 A Field Guide To Launching Your Aftermarket Car Parts & Designs 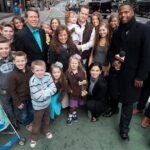 How Many Duggars Are Married or Courting? See Them All!