A former California cop is facing a lawsuit alleging he illegally recorded a sex act with a woman.

“Vasquez recorded the victim without her consent,” the office wrote on Facebook. “The defendant had a hidden camera in his bedroom at his home in Hercules that was used for this recording.”

Vasquez allegedly shared the recording “with at least one other law enforcement officer,” the suit says.

Vasquez resigned from the force in June 2021 while the incident was being investigated. The suit further alleged that the city’s police department didn’t do enough and “were aware, or reasonably should have been aware that its employees were engaging in such unlawful conduct.” 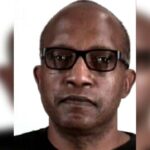 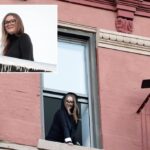 Anna Sorokin, out on house arrest, poses from window and roof of new Manhattan apartment