HOUSTON — Hundreds of bats lost their grip and plunged to the pavement underneath a bridge in Houston after going into hypothermic shock during the city’s recent cold snap, according to wildlife rescuers who saved them by administering fluids and keeping them warm in incubators.

The Mexican free-tailed bats that roost at Houston’s Waugh Bridge went into shock when temperatures plunged below freezing last week, the Houston Humane Society said in a Facebook video.

The society’s Texas Wildlife Rehabilitation Center rescued hundreds of bats from beneath the bridge, along with another group of bats elsewhere in the Houston area that also went into hypothermic shock, said center director Mary Warwick. She said some were recuperating in dog kennels in the attic of her home. Nearly 700 of the estimated 1,500 rescued bats are set to be released back into the wild on Wednesday, she said.

The humane society is now working to raise money for facility upgrades that would include a bat room, Warwick added.

“That would really help in these situations where we continue to see these strange weather patterns come through,” she said. “We could really use more space to rehabilitate the bats.” 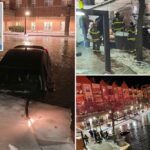 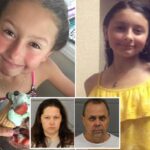