The former Noho studio and digs where the late, great Jean-Michel Basquiat spent the last five years of his life is on the rental market — for a cool $60,000 a month.

Basquiat, who died in 1988, leased the funky space at 57 Great Jones Street from mentor Andy Warhol, who owned the building until 1990.

The second floor of the two-story, 6,600 square-foot space — which Basquiat used as a studio –has an “open loft space with high ceilings and multiple skylights” while the ground floor dining room features a “massive” skylight, according to Meridian Capital Group, which is listing the rental.

The listing also touts a “fully equipped restaurant space with venting & gas in place,” but notes all uses for the premises will be considered.

Basquiat leased the apartment/art studio from Warhol from 1983 to 1988.

The plaque reads, “Basquiat’s paintings and other work challenged established notions of high and low art, race and class, while forging a visionary language that defied characterization.”

His paintings routinely sell for eight figures. In 2017, Basquiat’s 1982 depiction of an enraged-looking skull, called “Untitled,” sold at Sotheby’s for $110 million following a bidding war between Japanese fashion tycoon Yusaku Maezawa and a Las Vegas casino owner. It was the highest price ever paid at auction for a work by an American artist.

In May, two would-be art thieves tried to snatch a Basquiat painting from a Chelsea gallery.

The art star died from an accidental heroin overdose in 1988. 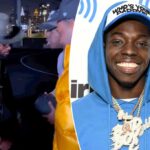 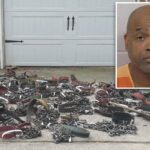