Chief U.S. District Judge F. Dennis Saylor determined that Portnoy had not provided enough evidence showing that Insider.com had wrongful intentions to make against him, which is necessary when defamation claims are made by a public figure.

Portnoy sued Insider.com in February 2022 after the digital outlet published a pair of articles detailing sexual encounters he had with several anonymous young women.

Some of whom alleged serious sexual misconduct and assault allegations against the 45-year-old internet personality.

“Every legal expert said it was an uphill battle. That it’s almost impossible for a public figure to prove defamation,” Portnoy said in a video posted on Twitter.

Portnoy goes on to explain that he had to prove that Insider.com had “actual malice” against him when writing these articles.

The Barstool Sports founder said the judge did not even look at the amount of evidence he provided, which included direct messages, texts, and videos, that would prove Insider.com had malice against him when publishing the articles.

“Such allegations of animosity or ill will, however, do not suffice to plead actual malice,” Saylor stated.

Insider.com released in November 2021 the article with the headline, “‘I was literally screaming in pain’: Young women say they met Barstool Sports founder Dave Portnoy for sex and it turned violent and humiliating.”

Immediately following the second publication, Portnoy took legal action against the media outlet and those involved.

Portnoy had referred to the articles as “hit pieces” that were meant to ruin his reputation and drive up traffic for Insider.com’s website.

Portnoy founded Barstool in Massachusetts in 2003, originally heading out four-page newspapers on the street before going digital.

In 2016, Portnoy sold majority control of the company to Peter Chernin’s Chernin Group. 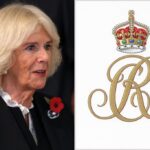 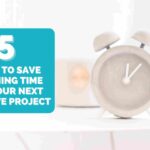 5 Ways to Save Planning Time for Your Next Creative Project