Former President Barack Obama took a shot and cancel culture and knocked “buzzkill” Democrats for getting caught up in “policy gobbledygook.”

In a new interview with on the “Pod Save America” podcast on Friday, the 44th President said that Democrats have strayed away from a message of equality to “scolding” on social issues.

“My family, my kids, work that gives me satisfaction, having fun,” Obama said. “Hell, not being a buzzkill. And sometimes Democrats are.”

“Sometimes people just want to not feel as if they are walking on eggshells, and they want some acknowledgment that life is messy and that all of us, at any given moment, can say things the wrong way, make mistakes,” he added.

Obama said Democrats need to “be able to speak to everybody about their common interests.”

“And what works for I think everybody, is the idea of a basic equal treatment and fairness. That’s an argument that’s compatible with progress on social issues and compatible with economic interests,” he said.

“I think where we get into trouble sometimes is where we try to suggest that some groups are more – because they historically have been victimized more – that somehow they have a status that’s different than other people and we’re going around scolding folks if they don’t use exactly the right phrase,” Obama said. “Or that identity politics becomes the principle lens through which we view our various political challenges.”

He said that Democrats, himself included, sometimes see their message bogged down by “policy gobbledygook.”

“Look, I used to get into trouble whenever, as you guys know well, whenever I got a little too professorial and, you know, started … when I was behind the podium as opposed to when I was in a crowd, there were times where I’d get, you know, sound like I was giving a bunch of policy gobbledygook,” Obama explained.

The former president added, “And that’s not how people think about these issues. They think about them in terms of the life I’m leading day to day. How does politics, how is it even relevant to the things that I care the most deeply about?”

Ahead of November’s midterm elections, Obama has been campaigning for Democratic candidates in key states. He will travel to Georgia, Michigan and Wisconsin this month. 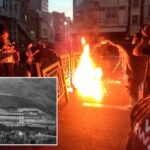 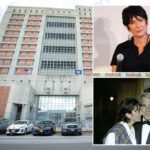 Fellow inmate once plotted to ‘murder me’