Former Trump White House strategist Steve Bannon will be allowed to remain free as he appeals his conviction for defying a subpoena from the House committee investigating the Jan. 6 Capitol riot.

Bannon was sentenced to four months in prison and ordered to pay a $6,500 fine after being found guilty on two counts of contempt of Congress last month.

US District Judge Carl Nichols formally stayed Bannon’s sentence on Monday as he appeals, explaining in a court filing that Bannon “is not likely to flee or pose a danger to the safety of any other person or the community if released.”

Nichols also wrote that Bannon’s appeal “is not taken for the purpose of delay but rather raises a substantial question of law that is likely to result in a reversal or an order for a new trial.”

If a higher court upholds Bannon’s conviction on the two misdemeanor counts, he will only then be forced to serve his sentence.

Bannon had refused to comply with the Jan. 6 panel’s order for him to testify and provide documents citing executive privilege.

However, Bannon made an 11th-hour offer to cooperate with the committee on the eve of his trial, claiming former President Donald Trump had waived executive privilege to allow him to testify.

Nichols indicated after Bannon’s sentencing that he would allow Bannon to voluntarily surrender to serve his prison term once the status of his appeal is resolved. 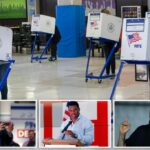 Guide to the key races 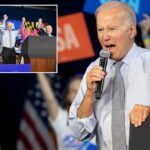