He brought to the Joint Session of Congress he addressed Wednesday night a battlefield banner he had collected in the city of Bakhmut, the most recent and most devastated target of Russian military assault.

At the climax of his speech, he handed the flag to Nancy Pelosi and Kamala Harris, who were in their respective positions as speaker of the House and president of the Senate directly behind him.

Two minutes later, Pelosi returned the favor by presenting him with the flag that was flown over the Capitol in his honor. She said someone would carry it out for him. “I can take,” Zelensky said.

So you can call it stagy. You can call it theater. You can cast it in negative terms if you choose. Go ahead. It’s a free country. Be a jerk. Be someone history will quote only to revile your nihilistic cynicism. It’s your prerogative.

Zelensky came to Washington to do three things, all of which he accomplished ­brilliantly.

First, he wanted to show the world and Vladimir Putin that he, the representative of his stirring and brave nation, is not only surviving but has a fighting spirit and the tough and amused and charming demeanor of a world-historic winner.

Second, he wanted to make the case that support for Ukraine is not “charity,” as he told Congress. “It is an ­investment.”

Finally, he wanted to express his gratitude to the United States for leading the world in its commitment to the Ukrainian cause. And that is not only because it has saved and will save his country and millions who might die in the fight.

It is not only because he knows he will be returning to the well and seeking more aid to combat Putin. It is also because a Ukrainian triumph over Putin’s aggression should be viewed as an American cause because it will make Americans safer.

The Russian invasion of Ukraine, which began 300 days before Zelensky’s arrival in our nation’s capital, shocked the world — all the more so because the world simply presumed that Russia could not be denied its prize once it had seized it.

But when Zelensky stayed in Kyiv and didn’t flee, and when the Ukrainians fought back with startling brio, and when the Russian tanks began to sink into the mud — all of which happened in the first week — it became clear it was something world-altering.

The most naked act of military criminality in decades was not going to be a cakewalk for the tyrant who initiated it. It was going to be something else.

Three hundred days later, as was true on the first day, the horrors Putin is visiting on the Ukrainian people are being met with the most profound display of heroic resistance to tyranny and aggression in our lifetimes.

Unlike in other such moments in the past, we are not limited by circumstance to watch powerlessly as the ­tyrants crush the heroes. We have been given the opportunity to contribute to the ­heroism and help produce the result the world needs.

Zelensky came to thank us, and he was right to do so. But let me just say: Right back atcha. 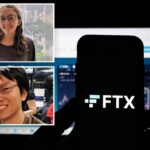 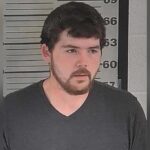