A Baltimore man found the charred body of his brother inside his warehouse Sunday morning — 10 hours after the fire department extinguished a blaze inside the building, but didn’t check for victims.

Donte Craig found his brother, James Craig Jr., at the top of the staircase leading to the second floor of the two-story building that the victim used as a workshop for his demolition and hauling business.

“I don’t know how dark it was, but if they would have peeked up there, they’d have seen his body,” Donte told CBS Baltimore. “I would like to know what prevented them from going in there.”

Fire Department spokesperson Blair Adams said firefighters initially entered the building to fight the blaze from the inside, but evacuated after a commander noticed “some visual signs of structural instability.”

“There was no reason to believe anyone was inside,” Adams said.

Fire officials told CBS that they initially believed the building was vacant, despite it being leased to James.

The Craig family finds the department’s answers concerning and claims there were signs of life inside the building. Six dogs were spending the night in an enclosure adjacent to the building, all of which were rescued by firefighters and taken to an animal shelter.

James often spent the night in a bedroom on the second floor, the family said.

The Craigs heard about the fire shortly after it was sparked around 11:30 p.m. Saturday and tried calling James. Donte decided to look for his older brother himself when they didn’t hear from James throughout the night.

Donte said he walked up the metal staircase to the second floor and found his brother at the top of the stairs.

He questioned why firefighters didn’t make a similar effort.

“He was trying to get out,” Donte said.

“They’ve got a lot to answer for,” said father James Craig Sr. “Why couldn’t they walk up one flight of steps? Maybe my son could still be alive.”

Baltimore police have launched a homicide investigation and arson units are also reviewing the case. 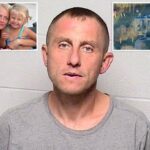 Andrei Kisliak was banned from Illinois home shortly before murder-suicides 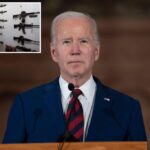