A Utah babysitter was slapped with murder charges Friday after a 5-month-old infant died from “severe brain tearing” sustained while in her care.

Paulina Carmona-Simbron, 47, reportedly “showed no emotion” when she was told little Aitana Ampudia Aguilar would not survive her injuries, police alleged in charging documents obtained by ABC4.

Carmona-Simbron, of Taylorsville, called 911 on Oct. 13 to request medical help after the infant became unresponsive, according to the charges. She told officers that she heard the baby cough and her face turned purple as she stopped breathing.

Medical reports, however, revealed a different story, the charges show.

Police said doctors found “severe tearing in the brain” and “severe retinal hemorrhaging” after inspecting the infant, who paramedics were able to resuscitate at the scene. The doctors said Aitana would not live past 72 hours and she died a day later, according to the charges.

When informed of the baby’s zero chance of survival, Carmona-Simbron only responded with “Oh,” police said, according to ABC4.

Doctors said Aitana’s brain was torn by “some violent physical action” like shaking shortly before the 911 call came in.

A scan showed her injuries were consistent with “shaken baby syndrome,” according to a probable cause statement obtained by The Salt Lake Tribune.

Investigators probing the case asked Carmona-Simbron to demonstrate with a doll what happened on Oct. 13. They reported the babysitter handling the doll “in a fashion that resembled violent and harsh movement” — even bouncing it on her knee without supporting its head at one point, the charges state.

Carmona-Simbron, who did not have any formal childcare training and wasn’t licensed, had only babysat the infant four times before the fatal day.

Aitana’s parents told cops they found a bruise on the baby’s cheek after she was returned from Carmona-Simbron’s care in a prior instance. The babysitter told the parents their child had laid face down on a toy, which caused the bruise. However, a doctor who reviewed the medical records and a photo of the bruise said that reasoning was highly unlikely.

“This injury would not have occurred from lying down prone, even if over an object,” the doctor said. “This finding does, however, elicit significant concern for underlying child physical abuse in the absence of an appropriate history.”

The babysitter is being held in Salt Lake County Jail without bail pending trial and is facing a possible life in prison sentence if convicted.

Aitana’s parents, meanwhile, are mourning the loss of their baby who they said was their “little angel.”

“No one should ever bury their daughter this way… we will always love her with all our heart and she will be forever missed by all our family and friends,” Guillermo and Rosario Aguilar wrote in a GoFundMe page. 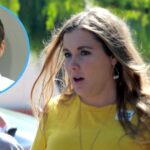 Why Anna Duggar Is ‘Distancing Herself From Josh’s Sisters’ 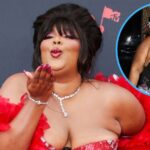