Nearly one year has passed since the baby formula shortage began impacting America’s kids and parents — and the issue may not end this year.

A new report by Reckitt Benckiser, the maker of Enfamil, indicates shortages are expected to persist until at least the spring of 2023.

Amber Bergeron, a Louisiana mother of four, confirmed to “Fox & Friends First” on Thursday that feeding her eight-month-old twins has been continuously difficult for her.

“I’m beyond struggling,” she said.

Bergeron shared how she was down to only half a can of her formula of choice last week and wasn’t able to find more in stock “anywhere.”

“I did the best that I could.”

After posting messages in multiple Facebook groups, Bergeron finally connected with someone who had the formula she needed.

“But it came down to the line,” she said.

“It came down to half a can of formula — and with twins, that doesn’t last very long.”

Bergeron said that it was never easy to find formula throughout the year, since her babies, who were born premature, have been on two specific and hard-to-come-by brands.

One of her babies has complications with her heart as well as a gastrointestinal issue, so switching to table food is not an option for her currently.

“She has to have [the formula],” Bergeron said.

“But it’s not just about me and my twins — it’s about all these babies in America going without being fed and not being a priority to anybody.”

“What’s really disheartening is that I’ve had to fight to feed my children for their entire lives.”

While the last Operation Fly Formula shipment took place in September — a mission that brought in formula from other countries — Bergeron stressed that she believes the Biden administration has not prioritized the issue since the “very beginning.”

“I just don’t see how the children, our future, is not something that they can prioritize,” she said. 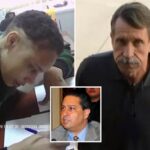