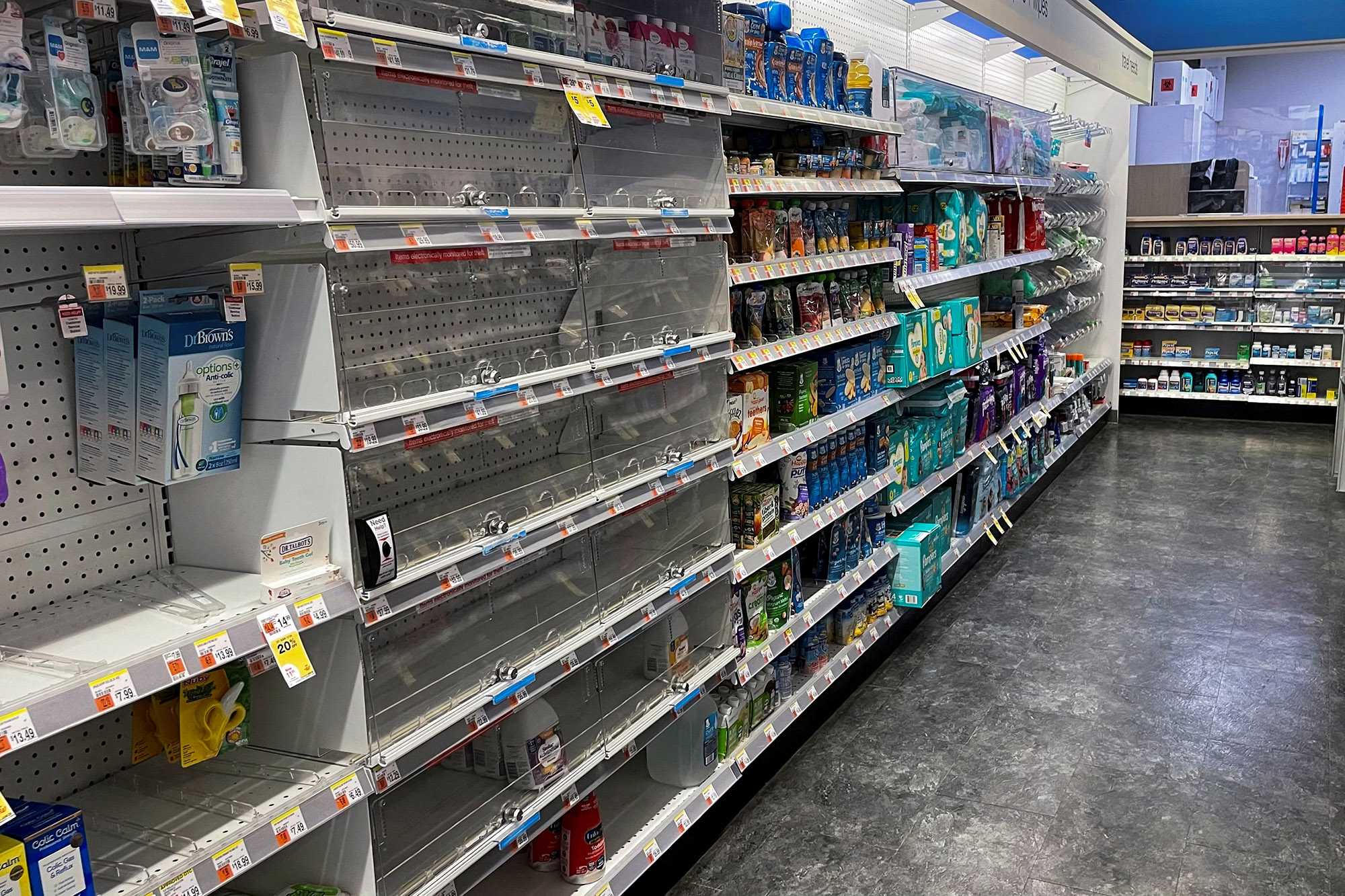 To ease the US shortage of baby formula, Nature’s One and Holle are poised to ship hundreds of thousands of pounds, if not millions of pounds, of additional formula into stores, company executives told Reuters.

They may be waiting a while.

Despite the Biden administration’s pledge to end formula shortages, slow responses and requests for more information from the US Food and Drug Administration (FDA) have led to weeks-long delays for baby formula makers seeking US approval, the two companies told Reuters.

The FDA said in a statement that it is working “as quickly as possible” to address the current supply challenges. It said it is reviewing a number of applications under a program that relaxes the standards for formulas not already approved here.

The agency said it is working carefully to ensure the safety of the products and is also prioritizing the largest formula providers.

The FDA has approved formula from Bubs Australia Ltd, UK-based Kendamil, Nestle SA and Danone SA under the new program, but Holle and Nature’s One are among many still waiting, Reuters reporting has found.

In May, both Holle, a Swiss brand sold throughout Europe, and Ohio-based Nature’s One sought FDA approval after the agency said it would allow formula sold in other countries into the United States under the temporary program.

“This should be easy,” said Jay Highman, CEO of Nature’s One, which is sold in China. “We’re ready to go to feed babies.” Highman has also been seeking permanent FDA approval since 2020.

Highman said that last he heard from the FDA the regulator told him it was reviewing his applications.

The FDA requested funding for four more infant formula staff in June 2021, and received approval this March, according to an FDA timeline of its response to the shortage. The regulator has permitted 15 different products totaling more than 6 million cans in less than a month, it said.

The FDA must use extreme caution with formula standards as impurities or substandard nutrition could cause permanent disability or death in babies.

Tim Morck, a consultant who helps companies including baby formula makers navigate FDA regulations, described the regulator’s infant formula team as “way understaffed.” FDA Commissioner Robert Califf said in a hearing in late May there are nine people reviewing applications, which totaled 26 at that time.

Israeli company MyOr has also applied to sell its AlphaCare formula, made in Mexico, in the United States, said co-founder Michael Brandwein in an interview.

A shortage of formula due to pandemic supply chain issues escalated into a crisis after Abbott Laboratories, the maker of Similac and specialty hypoallergenic formulas, shut its Michigan plant in February after reports of bacterial infection in children who consumed its products. The plant opened again June 4 but Abbott said it needs six to eight weeks to restock its products.

About 78% of formula across the United States was in stock in early June, roughly the same as the end of May, according to data from IRI, an independent research firm.

Thorben Nilewski, the managing director of Organic-Family GmbH, a subsidiary of Holle, said in an email that the FDA earlier this month asked for clarification related to statements on the formula’s label about “biodynamic milk” and the Demeter standard, which both describe European organic food criteria.

Nilewski said he has an exclusive agreement with a distributor that will deliver Holle to Amazon.com Inc’s Whole Foods Market and natural grocers.

Nature’s One, which already manufacturers a toddler formula for the US market, plans to distribute its infant formula to Walmart Inc, Target Corp, Meijer, Publix and others, the company said in an email. Nature’s One plans to submit a new application to the FDA this week for a specialty formula for lactose-sensitive babies, Highman said.

Highman said he completed a study on infant growth that showed babies eating Nature’s One exclusively grew the same amount as infants consuming competing formulas or breastfeeding, as required for permanent approval.

The FDA asked for an extra 60 days to evaluate Highman’s formula in January 2021, citing a “high number” of new submissions, according to a copy of a letter reviewed by Reuters.

The FDA then in July 2021 asked Nature’s One questions on its growth study, Highman said. He resubmitted this April, just as the formula shortage was escalating into a crisis.

At that time, the FDA told him that it would need as much as six months to respond due to the “continued high number” of infant formula submissions, “many of which are extremely complex,” according to a copy of the letter viewed by Reuters.

’90 Day Fiance’ Tom Brooks Net Worth: How He Makes Money