An Arizona death row inmate withdrew his execution request this week, citing three recent executions that were “carried out in a manner that amounts to torture” and the election of a new attorney general.

In a handwritten letter to the state Supreme Court dated Wednesday, Aaron Gunches described incidents in which authorities struggled to place IV lines during the lethal injection process.

“The … staff on the execution team are not medical professionals, nor are they certified for IV insertion,” he alleged.

“For the Arizona Supreme Court to issue an execution warrant under the current conditions amounts to court ordered cruel and unusual punishment.”

Gunches, 51, was sentenced to death in 2008 after pleading guilty to kidnapping and first-degree murder in the 2002 shooting death of Ted Price, the ex-husband of his then-girlfriend, the Arizona Republic reported.

After years of waiving his right to counsel, mitigation, and post-conviction litigation, he filed a motion in November 2022 asking the state Supreme Court to issue his death warrant “so that justice may be lawfully served and give closure to the victim’s family.”

On Wednesday, however, Gunches also cited an Arizona Republic article in which Attorney General-elect Kris Mayes vowed to “take some time to assess how the death penalty has worked, and make sure that this is done legally and correctly.”

Gunches stated that he would not have filed his original motion had he known the “stunning news” that she plans to pause executions.

In a statement to the Arizona Republic, a spokesperson for Mayes said “the state does not intend to oppose Mr. Gunches’ motion to withdraw,” and will “weigh all options and make a decision about moving forward” before the state Supreme Court evaluates the case on Jan. 31.

Currently housed at the Arizona State Prison Complex-Eyman in Florence, Gunches is one of the state’s 21 death row inmates who have exhausted all appeals. 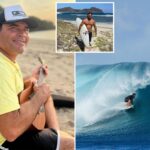 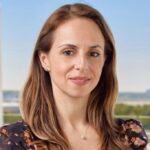