One person died in an avalanche in Colorado on Saturday and rescue teams are still searching for another victim buried in the snow.

According to the Grand County Sheriff’s Office, Search and Rescue teams responded to a report of an avalanche at around 2:15 p.m. on Saturday on Corona Pass near the Town of Winter Park.

Two snowmobilers were left buried in the avalanche, the sheriff’s office said.

Emergency responders and citizens in the area assisting in recovery efforts were able to locate one of the victims. The 58-year-old male was pronounced dead at the scene and was transferred to the Grand County Coroner’s Office.

Rescuers failed to find the second victim, a male, and were forced to retreat from the area because of weather and safety concerns.

The sheriff’s office said Search and Rescue teams would return to the area early on Sunday to continue recovery efforts.

Officials have been in contact with both victims’ families and are providing support.

“Unfortunately, this is the second fatal avalanche that we have experienced this season in Grand County,” Grand County Sheriff Brett Schroetlin said in a press release. “Our thoughts are with the family and friends of the victims. We encourage those recreating in our backcountry to regularly monitor the conditions and follow the advice of our avalanche professionals at Colorado Avalanche Information Center (CAIC).”

The decedent’s identity and cause and manner of death will be released by the Coroner at a later date, the sheriff’s office said. 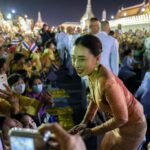 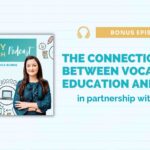 The Connection Between Vocational Education and STEAM – Bonus Episode with Skriware