A 26-year-old Australian woman was left comatose with severe injuries — including brain damage and broken bones — after being struck by a roller coaster, according to reports.

Shylah Rodden is believed to have walked onto the tracks of the Rebel Coaster during the Melbourne Royal Show to retrieve her cellphone Sunday when she was hit by the ride and flung about 30 feet into the air, 7NEWS reported.

She has undergone surgery at the Royal Melbourne Hospital, where she remains in critical condition with a brain injury, as well as broken arms, ribs, pelvis and legs, according to news.com.au.

Rodden’s father, Alan Rodden, told the Daily Mail that it was still unclear how the accident happened.

“There are a lot of stories going around and I don’t know which one is true and if someone is covering their tracks,” he told the news outlet after police claimed his daughter was trying to retrieve her phone when she was struck by the ride, which was traveling at about 43 mph.

“Obviously I can’t talk to my daughter. She’s going to be in a coma for quite a while,” Allan told the Daily Mail.

“The injuries are horrific. Horrific. She’s brain-damaged. It’s pelvic, her arms, legs, back, neck — there’s hardly a thing that’s not broken. I just can’t work out how the hell so much damage has been done,” he said.

“Even the doctors have said they haven’t seen anything as bad as this for a long time,” Allan added.

Meanwhile, the ride has been inspected and reopened after being cleared by the safety watchdog WorkSafe Victoria, according to Sky News Australia.

“Following the tragic accident at the Rebel Coaster ride on Sunday afternoon at the Melbourne Royal Show, WorkSafe has finalised an inspection report advising that the ride is safe and may be reopened from today,” a Melbourne Royal Show statement said, the outlet reported.

The Melbourne Royal Show said the “number one priority” is the safety and well-being of all visitors.

“Strict safety protocols are upheld in line with Victorian WorkSafe regulations,” it said. “All rides on site have undergone stringent compliance inspections and have passed all the required safety documentation.”

On Tuesday, she told Daily Mail Australia that the family is unclear about Shylah’s chances of recovery.

“We don’t know (the) possibilities and chances at this stage,” Caisha told the outlet, adding that Shylah had been working at the show.

“She was helping out her friend at her stall for the day and she was sent on her break with another worker and they decided to go on a few rides to kill time and this happened, unfortunately,” she said, according to the Daily Mail.

There were conflicting reports on how the tragedy unfolded — with some eyewitnesses claiming that Shylah had actually been on the ride when she was thrown off.

“First and foremost, our thoughts are with the young woman involved in the tragic accident and her family and friends. It’s totally devastating,” he said.

“All I can do is go off the police reports that indicated she had been on the ride and had gone back to retrieve her phone at some stage,” Jenkins added. “The police have handed the case over to WorkSafe for further investigation and at this stage we’re waiting that report.” 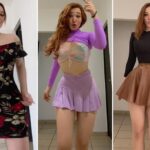 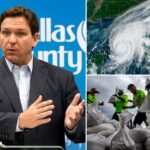