Actress Erica Hoy died in a multi-person car crash on the Port River Expressway in the Australian city of Gillman on Tuesday evening.

The woman allegedly behind the wheel of a car that caused a crash that killed Hoy and seriously injured three other people, including her twin, has been identified.

Carlie Eileen Richards, 38, on Wednesday was subject to a bedside hearing from Queen Elizabeth Hospital in Adelaide following the fatal crash.

Richards was deemed too mentally unwell to attend court in person, and according to The Advertiser, did not speak during the hearing.

Magistrate Paul Bennett was asked by her duty solicitor, Tyson Leung, for Richards to be detained under section 269x of the criminal law act, the publication reported.

The form was typically requested in cases where a defendant’s mental competence was in question.

Leung told the court it was likely the order would pre-empt a bail application in two weeks.

Police alleged in court Richards’ dangerous driving caused the death of Hoy and the serious injury of her twin sister Lisa, boyfriend Mike Reader, 29, and another driver, Klio Bruckner.

It was also alleged by police that Richards tried to flee the scene of the crash and later refused to give her name or confirm she was behind the wheel.

Richards was also charged with failing to answer questions about who was driving, refusing to give her name and address and hindering police.

Speaking to the publication, Greg Hoy shared touching words of admiration for his late daughter Erica.

“She never gave us anything to worry about,” Greg Hoy said.

Erica was traveling with her twin sister and boyfriend at the time of the crash.

“She was a bright, happy, positive young girl,” he continued.

Erica’s grieving father spoke of her passion for learning and the performing arts.

“She was coming back from an acting course … when it happened,” he said

Erica and her identical twin Lisa, who go by the last name Kunimatsu in Japan, were born to a Japanese mother and Australian father before migrating to Australia in 2015.

The pair studied arts and language courses at Flinders University and shared a roaring passion for film.

Erica recently acted in a film screened at the Adelaide Film Festival and in a web series called The Reality of Humanity.

“She was a really polite and positive girl,” Greg Hoy said.

Photographer and friend of the family Peter Hall, who had spoken to Lisa in hospital, was gutted by the tragedy.

“They were soulmates, a unique artistic partnership,” he told The Advertiser.

“I’m just devastated by what has been taken away well before it was time.

“There were more adventures ahead. They came as a package pair – when they were working together, it was truly unique.

“It was like working with one person even though there were two people – and yet they were also individuals in their own right.”

“Theirs was a very special bond.” 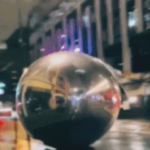 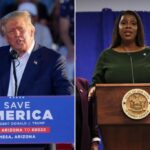