“We’ve never put a number on it,” the mom of three, 31, wrote via an Instagram Q&A on Monday October 24, in response to a fan who asked her how many kids she and Jeremy wanted. “But we don’t feel like we’re done.”

Audrey and Jeremy, 32, currently are parents to daughter, Ember, 5, and sons Bode, 2, and Radley, 11 months. In another reply, the Oregon native shared that alongside juggling the demands as new parents, she and Jeremy “don’t know where to start” when it comes to their new farmhouse.

In Touch previously confirmed Jeremy and Audrey bought their own Hillsboro, Oregon, farm in July 2021 after failed attempts at buying a portion of Roloff Farms back in May 2020.

Their newly purchased 4,414-square-foot home sits on more than four acres of farmland at the end of a secluded street. In addition to the main residence, the property features a 1,660-square-foot detached structure complete with its own full bath and kitchenette that could be used as a guest house or workshop.

The TLC couple moved into the home in August after first making the big announcement in June. “After a two-year search spanning all over the state of Oregon … IT. IS. TIME,” Audrey shared about their $1.5 million purchase via Instagram, days after In Touch first reported the news. “We bought a farm! And look what’s in our backyard Yup, that’s our trestle.”

The “Behind the Scenes” podcast hosts previously had dreams of owning Jeremy’s family farm. “Jer and I hoped to take over his parent’s farm (or a portion of it) since he was a child. It was something he was led to believe was possible. He made it very known to his family and publicly on TV,” Audrey told her followers that same month of their May 2020 attempt to purchase the farm. “We realized that Jer’s family was not actually as aligned in the progression towards us acquiring it as we thought they were.”

Jeremy’s twin brother, Zach Roloff, also made an offer on the property and their tense negotiations played out during season 23 of the long-running series.

After the sale fell through, his father, Matt Roloff, decided to put 16 acres of Roloff Farms on the market in May 2022 but the patriarch has since decided to hold on to the land and to turn the former house into a rental.

“A few weeks ago, I promised everyone a big news announcement … so here goes … When I put the small side of the farm up for sale, I knew large deals like that take a much longer time (i.e. 6-12 months) to complete with no guarantees,” the dad of four shared via Instagram on Saturday, October 22. “What I didn’t expect was how many new business partners and networking connections I would make in the process.”

“Several interested parties talked about many different business ventures such as purchasing the small farm with big house to use it as a short-term rental … think AirBnB,” the Against All Odds author went on in his caption, crediting iTrip Vacations as his new partner. “More information will be forthcoming soon … but needless to say we are scrambling hard behind the scenes (plus running the busy Pumpkin patch) to convert (re-furnish) the home to be ready for its first guests.” 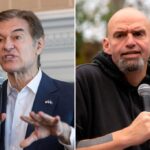 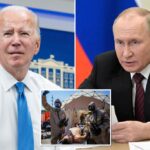