Gone too soon. Girls Incarcerated: Young and Locked Up star Aubrey Wilson has died at the age of 22, her family confirms to In Touch.

“We are devastated. I am a private person, but this is a little different,” Aubrey’s grandmother, Robin Waters, tells In Touch in a statement. “I want all the people who loved her to find some comfort in the fact that she is at peace. And maybe it could help someone else who is in that position.”

Aubrey died on September 30, 2022, after a long battle with drug addiction. While the cause of her death is not yet known, Robin says it’s believed to be an overdose on heroin or fentanyl.

Aubrey made her TV debut during season 1 of the docuseries Girls Incarcerated, which premiered on Netflix in March 2018. The first season of the series, which ran for two seasons and concluded in June 2019, followed the teenage inmates of the Madison Juvenile Correctional Facility in Madison, Indiana.

Aubrey spent nine months behind bars after she completed a substance abuse program at the center. However, she ran away just weeks after her release from Madison Juvenile Correctional Facility. Aubrey had a strained relationship with her mother,  Holly, who also struggled with drug use. Holly died of an overdose last year, Robin confirms to In Touch.

Not much is known about Aubrey’s life after she left the facility. She posted a lot of selfies via social media in 2020, though didn’t share many updates about her life leading up to her death.

She would also go on Instagram Live to answer questions from fans. While on house arrest in 2018, Aubrey told her followers that she was focusing on her sobriety and attending substance abuse classes.

After it was revealed that Aubrey had died, many of her friends and family members rushed to her Facebook page to express their condolences. “Damn sorry for your loss,” one person wrote via Facebook.

Madison Juvenile Correctional Facility was home to 170 “students” that dealt with the daily struggles of being a teenager behind bars. While the institution found success in reforming young women, the maximum security center was shut down before the show premiered on the streaming platform.

Following the success of the docuseries’ first season, Netflix introduced a new cast for season 2 in 2019. The second season followed inmates at LaPorte Juvenile in LaPorte, Indiana. 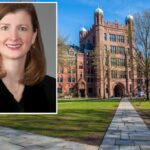 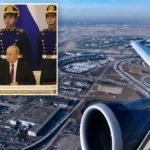