Getting candid. Aubrey O’Day reflected on the body-shaming she experienced after unflattering paparazzi photos of her circulated in August 2020 during an exclusive interview with In Touch.

After touching on her soul being “murdered” from the pain she went through in her relationship with Paul “Pauly D” DelVecchio Jr. and alleged affair with Donald Trump Jr., the former Danity Kane singer, 38, tells In Touch that a “fun little edit fat photo moment, [being] body shamed and called a f–king loser” added to the unbearable stress she experienced.

“I turned to my best friend who showed up at my door with her son to see if I was okay because she saw these photos,” Aubrey recalls. “I opened the door and she’s like, ‘Damn girl, they did you so dirty.’ And I was like, what do you mean? And she’s like, ‘You haven’t seen it yet.’ Then her son was like, ‘Mom, everyone at my school was laughing or [saying] that she’s fat and she’s not. Why did they say that?’ I looked at a few of the images … Everybody gained weight during COVID, so it was like, yeah, you gained some weight, but you don’t look like that.”

Aubrey continues, “I looked at her and I said, ‘Is everyone laughing at me right now?’ And she said, ‘Yeah.’ And I said, ‘Is Pauly, like, laughing and sending memes to his guy friends? Are they calling me a loser? Is Nikki [Pauly D’s girlfriend] happy? Is everybody that wants me to fail and has told lies about me and rooted against me [happy]? Are they all happy and having the best day of their life?’ And she looked at me and she said, ‘Yes, babe.’ And I was like, ‘Wow. This is a very humiliating experience’ – and that’s not the first.”

Though the “Love Me When You Leave” singer immediately clapped back at critics – posting a scathing caption slamming how the industry treats women’s bodies alongside a mirror selfie on Twitter at the time – Aubrey tells In Touch that she began to heal when she spent time in Bali.

“I’d meet somebody that would say, ‘You’re so beautiful. And I’d think, ‘Oh god, they’re lying or they’re fake.’ But then I’d remember I’m in Bali and I’m with free thinkers and free spirits, and nobody’s out here needing to be anything, so these people aren’t lying to each other,” she says, noting that she didn’t wear any makeup, wigs or glam outfits on her extended trip. “And then one day I came in from Bikram [yoga], flushed, and I looked in the mirror and was like, ‘Wow, I have really pretty skin.’ It started at that. That’s the first time I can remember saying something nice to myself in years.”

Aubrey’s newfound sense of self-love and confidence is reflected in her new single and uncensored nude OnlyFans music video, “Couple Goals,” shot by Alfredo Flores – who Aubrey says “made her feel so beautiful” and “understood” her ability to “reclaim [her] confidence.”

“The video that I did made me feel great because when I started it, I thought I needed a body double,” she tells In Touch. “And when I finished it – in my head, I planned on maybe doing it through pictures or editing it or somehow making it art that I still felt, you know, protected – I was protecting the flaws in my body.  I didn’t do anything. The video is 100% my natural real body. And I felt beautiful when I edited it and watched it.”

Reps for Pauly D did not immediately respond to In Touch’s request for comment. 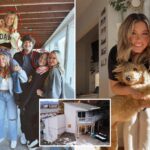 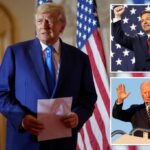