The crazed man who allegedly attacked the husband of House Speaker Nancy Pelosi with a hammer was charged with attempted murder by the San Francisco District Attorney on Monday.

David DePape, 42, was also charged with assault with a deadly weapon, elder abuse, false imprisonment of an elder, residential burglary and threats to a public official and their family, according to District Attorney Brooke Jenkins.

“It appears as though this was based on his statements and comments that were made in that house during his encounter with Mr. Pelosi that this was politically motivated,” Jenkins said at a press conference.

Jenkins said DePape targeted the Pelosi home and confronted Paul Pelosi who was asleep in his bed.

The intruder woke up the 82-year-old Paul Pelosi and asked where his wife was.

Paul Pelosi attempted to get into an elevator inside the home that has a phone, but DePape blocked him, Jenkins said. It was only after Pelosi asked to go to the bathroom that he was able to call 911, Jenkins said.

When DePape realized he made a call, he took Pelosi downstairs near the front door. Officers arrived two minutes after the call came in, Jenkins said.

At that point, DePape “violently struck (Pelosi) in the top of his head” after a brief struggle for control of the weapon, Jenkins said. It’s unclear which man opened the door for authorities or how many times Paul Pelosi was struck, she said.

No security was present when the break-in occurred, she added.

“What is clear based on the evidence that we have thus far is that this house and the Speaker herself were specifically targets of the defendant,” Jenkins said.

DePape is expected to be arraigned Tuesday where prosecutors will request he is remanded due to the “obvious and severe” safety risks he poses, prosecutors said.

He could face a life sentence if convicted of the charges.

The local charges come after DePape was federally charged with attempted kidnapping and assault with intent to retaliate against a federal official by threatening or injuring a family member Monday.

Jenkins said local and federal law enforcement and the San Francisco and federal prosecutors are working together on the case.

“These will be parallel prosecutions,” she said.

Jenkins warned heated political chatter needs to be toned down in light of the violent attack.

“As leaders and as citizens it is incumbent upon us all to watch the words that we say and to turn down the volume of our political rhetoric,” Jenkins said. “We should be able to all engage in passionate political discourse, but still remain respectful of one another.

“Violence certainly has no place in San Francisco or in politics,” she said. 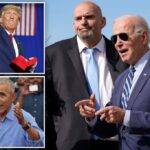 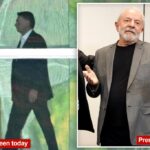