Ten guards and four inmates were killed in a stunning jailbreak triggered by gunmen in armored vehicles opening fire on a Mexican state prison across the border from El Paso, Texas.

At least 24 inmates escaped in the chaos.

The prison in Ciudad Juarez, was under attack early Sunday and left 13 people wounded in addition to the 14 deaths, according to the Chihuahua state prosecutor’s office.

Gunmen in the bulletproof vehicles arrived around 7 a.m. at Cereso No. 3 state prison and started shooting, officials said, according to the El Paso Times.

Later Sunday, Mexican soldiers and state police finally took back control of the prison — but not before more than 20 prisoners broke out. The state prosecutor’s office said its officials were investigating the deadly incident.

Shortly before the prison attack, municipal police were under seige — but were able to round up four men after a pursuit, according to the state prosecutor’s office. Police subsequently killed two alleged gunmen riding in an SUV.

In August, a riot broke out in the same prison, and spread to to the streets, killing 11 people.

Two inmates were killed inside the prison and then alleged gang members began shooting up the town, including killing four radio station staffers who were doing a promotion at a restaurant.

Violence is common in Mexican prisons where guards only have marginal control in some locations and rival gangs — that work for drug cartels — clash frequently. 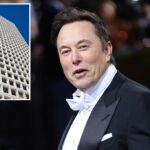 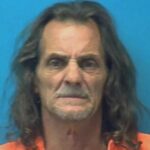