The Texas FedEx driver accused of strangling 7-year-old Athena Strand and dumping her body in a nearby river was hit Tuesday with new charges of sexual assault of a child.

Tanner Horner was already being held in Wise County Jail on charges of capital murder and aggravated kidnapping in Athena’s death. He allegedly admitted to strangling the child after accidentally hitting her with his delivery van.

The sexual assault charges were filed from Tarrant County, approximately 35 miles from where Horner, 31, abducted Athena from her Paradise home.

Horner allegedly told police he killed Athena inside his delivery truck out of fear she would tell her parents he accidentally struck her with the vehicle. He had been dropping off a package — which turned out to be the girl’s Christmas present — when he told officers he “panicked” and tossed her in the back of the FedEx truck.

Even though he said Athena was not seriously injured, Horner tried to break her neck before he decided to strangle her with his bare hands, a warrant states. He dumped her body in the Trinity River, about 10 miles from her home. 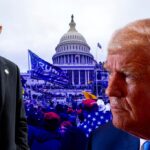 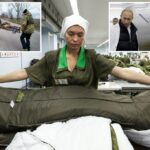