OAKLAND, Calif. — At least five people were injured in a shooting incident at a school in Oakland, officials said.

The Oakland Police Department told KTVU-TV that at least five people were injured Wednesday and taken to nearby hospitals. The department didn’t say if any or all of those taken to hospitals were shot.

The police department said on Twitter that it is investigating the shooting that occurred on a block in east Oakland that is home to four schools, including BayTech Charter School, Rudsdale Newcomer High School, and Sojourner Truth Independent Study.

Police did not immediately return calls from The Associated Press seeking more information. Television footage showed dozens of police cars and yellow tape on the street outside the schools and students leaving the campus. 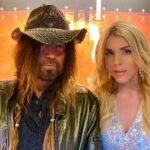