Gun violence cut a bloody swath through the US over the Christmas weekend, leaving at least 14 people dead — including a 3-year-old Missouri girl — and 16 others wounded.

Shootings were reported between Friday night and early Monday morning in states from coast to coast, including Minnesota, Colorado, Illinois, Missouri, West Virginia, Pennsylvania and Florida.

The holiday weekend got off to a grim start when a 19-year-old man, identified as Johntae Raymon Hudson, was shot dead during a brawl at the Mall of America in Minneapolis early Saturday.

Police arrested five teenagers in connection with the deadly shooting, which they said originated from of a long-standing feud between two groups.

In Colorado, Christmas Eve was marred by multiple shootings, including two separate double homicides in Aurora.

Police received the first call at around 11 a.m. for a welfare check at a home on Boston Street, where they found two people who were shot to death.

Just a few hours later, cops were called to an address on East Tennessee Place, where they came upon two men suffering from gunshot wounds, reported Denver7. Both victims died from their injuries at a hospital.

In Okaloosa County, Florida, Sheriff’s Cpl. Ray Hamilton was shot and killed while responding to a domestic violence call before 1 p.m. on Saturday.

The five-year veteran of the department was gunned down when suspect Timothy Price-Williams, 43, allegedly opened fire on responding cops after a female victim reported being slapped and shoved by the suspect.

Shortly before 7 p.m. that same day, little Quezariah Jackson was mortally wounded inside her home in Kansas City, Missouri.

Police told the station KCTV that while the shooting is under an investigation, they believe it was accidental.

Christmas Day opened with more gun violence when shots were fired at around 6 a.m. at an intersection in Philadelphia, leaving a man in his 30s dead.

A second man in his 20s and a third man in his 40s were rushed to area hospitals with gunshot wounds. No arrests have been made so far.

Shortly before 3 p.m., Philadelphia police responded to the Sheraton Hotel on North 17th Street in Center City and found a man shot in the forehead, according to NBC Philadelphia. He was later pronounced dead.

Meanwhile, in West Virginia a family argument led to a deadly shooting in the town of Cabin Creek on Christmas morning.

Authorities said a man called 911 at around 8 a.m. and said he accidentally shot his brother, who died from his injuries, reported the station WOWK.

Lt. Ana Pile, with the Kanawha County Sheriff’s Office, said the gunman told detectives that his family members were arguing and he opened fire to break up the dispute, but inadvertently struck his brother.

In Chicago, police conducting a welfare check just after 8 p.m. found a man dead from a gunshot wound to the head, reported CBS Chicago.

Less than three hours later, a 21-year-old man was driving along South Prospect Avenue when someone opened fire, striking the driver twice in the back. The victim crashed his vehicle and later died at a hospital.

Besides the two fatalities, at least 13 people were wounded in shootings in the Windy City over the holiday weekend.

Back in Colorado, there was more deadly violence on Christmas Day when a husband and wife were found dead from a murder-suicide inside a Jehovah’s Witnesses Kingdom Hall in the city of Thornton.

Police said the husband shot and killed his spouse and then turned the gun on himself before 9 a.m. “Suspicious devices” were later recovered at the Kingdom Hall where the married couple used to be members, according to investigators. 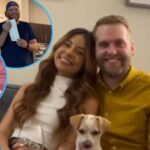 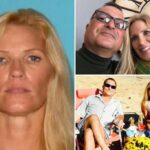 Marylue Wigglesworth arrested in shooting of husband on Christmas