90 Day Fiancé star Asuelu Pulaa is home for the holidays and he reunited with his sons in California amid rumors he split from estranged wife Kalani Faagata.

“TikTok with the boys,” the dad of two shared via Instagram alongside a clip featuring his two sons, Oliver and Kennedy, on Monday, December 19. “Happy Monday everyone.”

The TLC alum reunited with his kids in a Los Angeles hotel room on December 18, following a more than month-long trip to his native country of Samoa. Over the weekend, Asuelu and his sons spent some quality time as they explored Southern California and dined by the beach.

Fans were curious about why the family reunion happened in what looked like a hotel room — in a separate post, Kalani’s voice can be heard asking the children, “Who is it?” as they enthusiastically open the door of their hotel room to peek outside to find their father — because Kalani had just settled into a brand new house in The Golden State.

Asuelu made the trip to the islands in October amid the pending sale of the couple’s Washington, Utah, home, which was placed on the market in May for $589,000. During his absence, Kalani seemingly hinted she split from her husband.

“Life looks a lot different than what I had planned,” the mom of two shared via Instagram on November 13, uploading a compilation of photos and videos of fun outings with her two kids. “Here’s to us learning to go with the flow.”

While Kalani and Asuelu have yet to confirm their relationship status, the 90 Day Fiancé: Happily Ever After alums first sparked rumors of a possible split in June, after Asuelu uploaded a lengthy message on why his wife has been absent from his social media.

“[She] don’t wanna join my Live, she doesn’t want film TikTok with me. She’s different from how she used to be. She doesn’t wanna go out with me,” he captioned an old video clip of him dancing with his wife. “Everything she needs I supply for her, [especially] the boys.”

At the time, he added he “had a lot to say” but was “under the contract.” To add to the speculation, Asuelu said he was “single” while showing off his impressive weight loss via TikTok only days later.

However, before leaving to visit his family in Samoa, the 90 Day Fiancé alum took to social media to slam critics who accused him of not “being a good dad.”

“This for all of you bitches that complain about my life,” he said in an Instagram reel in October. “They say grow up, be a good dad, bitch I’m here, buying all the [groceries] buying all the food, buying everything for my family.”

Kalani and Asuelu made their debut on season 6 of 90 Day Fiancé, which premiered in October 2018. They met while Kalani was on vacation in Samoa and she happened to be staying at the resort he worked at. After the couple got pregnant and welcomed Oliver in January 2018, they began the process for Asuelu’s K-1 visa.

While Kalani’s family was skeptical of their relationship, they made things worse when the California native learned she was pregnant with baby No. 2 shortly after Asuelu’s arrival in the United States. After the couple wed in September 2018, they welcomed their second son, Kennedy, in May 2019. 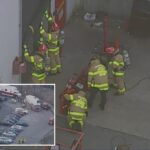 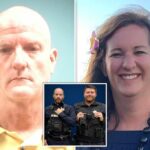