A message. 90 Day Fiancé star Asuelu Pulaa slammed haters who called him out for not “being a good dad.”

“This for all of you b—tches that complain about my life,” the TLC star, 27, said in a reel posted on Wednesday, October 5. “They say grow up, be a good dad, b—t I’m here, buying all the [groceries] buying all the food, buying everything for my family.”

The 90 Day Fiancé alum’s message comes following rumors he may have split from his wife, Kalani Faagata. In May 2022, Kalani and Asuelu’s home which was purchased by Kalani and her father, Low, was placed for sale on the market for $589,990, according to a deed obtained and listing viewed by In Touch. On June 13, the price was adjusted to $549,999 and adjusted again on July 8 to a price of $514,000.

Just a few days before the home’s first price adjustment, the dad of two shared a lengthy message via Instagram hinting at why his wife has been absent from his social media.

“[She] don’t wanna join my Live, she doesn’t want film TikTok with me. She’s different from how she used to be. She doesn’t wanna go out with me,” he captioned a video of him dancing with his wife. “Everything she needs I supply for her, [especially] the boys.”

The Samoan native added that he had “a lot to say,” but he couldn’t at the time because he was “under the contract.”

Two days later, Asuelu shared a TikTok where he could be seen taking out the trash in a blue button-down and khaki shorts. In the clip, Asuelu wrote, “When people know that I’m single,” as he panted heavily to the beat of the music, seemingly hinting that fans would be out of breath as he recently showcased a shocking weight loss transformation.

A month later, the mom of two took to Instagram to “manifest” a move back to California due to “deeply detesting” Utah.

“Please someone buy my house so I can move back to California,” the reality TV mama wrote via her Instagram Stories in July. “I need the beach, Disneyland and for no one to call family members the n-word. Amen.”

Kalani and Asuelu made their debut on season 6 of 90 Day Fiancé. Kalani met Asuelu while on vacation at the resort he worked and she happened to be staying. They quickly got pregnant and welcomed baby No. 1 Oliver, in January 2018. Almost immediately, the new parents found out they were expecting baby No. 2 and welcomed Kennedy in 2019. 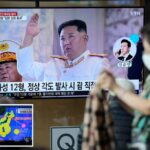 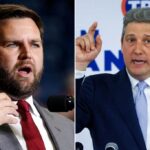