Two people were shot and several more were injured as they fled the gunfire during an Asian Doll concert at a North Carolina college Saturday night.

A lone gunman opened fire around 11 p.m. after a fight broke out while the rapper was onstage at the Livingstone College homecoming concert on the Salisbury campus, police and school administrators said in a joint statement.

A male victim suffered a gunshot wound and was flown to Novant Health Presbyterian Medical Center in Charlotte, where he was listed in stable condition.

A female victim was grazed by a bullet and was treated at an area hospital, a city spokesperson said.

Multiple more people were injured as they rushed away from the gunfire, according to the college.

It’s unclear if the two shooting victims were students. Police said the suspect was not a student at Livingstone College — a private, historically Black college.

“I am saddened because our students, alumni, family and friends were exposed to this senseless act of violence,” Davis said.

Asian Doll, who also goes by Asian Da Brat, didn’t comment on the shooting but posted videos from the concert on Instagram the following night. 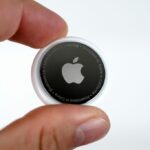 Americans are using Apple AirTags to track loved ones with dementia, report says 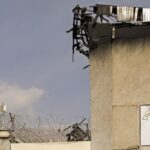