90 Day Fiancé: Love in Paradise star Aryanna Sierra may share a rocky romance with Sherlon McInnis on-screen, but the future is bright for the mom of one!

After delivering the couple’s son, Odin, several months prematurely in January 2021, the TLC alum is coming back with a vengeance when it comes to her revenge body.

Giving her followers an end-of-year update in December 2022, Aryanna revealed that she’s lost 60 pounds since giving birth and an astonishing 90 pounds altogether.

“5 pounds smaller than my senior year of HIGH SCHOOL,” the TLC alum reiterated.

In another post, the 90 Day Fiancé alum opened up about the significance of getting healthier in order to be a better parent to her young son.

“The hardest part is the motivation and the dedication it takes to get up every day and do it for yourself. The bigger picture of it being a lifestyle choice,” she detailed in a December 2022 fitness video. “For me, it’s not just going to the gym. It’s lugging Odin, the stroller, snack and drink for him to be content so I can get it in. Most days I am mentally and physically at my best, feeling so good about myself.”

Aryanna made her debut in the 90 Day Fiancé franchise alongside the Jamaica native on season 1 of the tropical-themed spinoff. Aryanna met Sherlon while he was operating her tour boat while on vacation in the islands. After sparking immediate chemistry and a steamy fling, Aryanna learned she was pregnant with Sherlon’s child.

After delivering their son, the couple returned for season 2 as the Illinois native traveled back to Jamaica so that Odin could meet his father.

While Aryanna had her suspicions that Sherlon was unfaithful during her time away, he confirmed her fears when he admitted he was still seeing other women.

Despite the pair leaving the trip with even more questions about their relationship, the dad of one dropped the bombshell announcement that he was married to someone else in December 2022.

Following the statement, Aryanna took to her Instagram Stories to reveal that she cut off contact with her baby’s father.

“We don’t see or speak to him because he refused to send $40 a month for Odin from the $20,000 (U.S.) he made,” the reality TV personality wrote. “AND, because he drags me on social media when I do nothing but leave him alone.”

“Mind you that he is a narcissist who loved bombed me too,” she detailed before revealing he wanted to marry her within three months of meeting her. “Basically begged me to have a kid with me, so let’s not get it twisted, he’s mentally ill.” 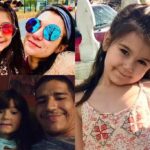 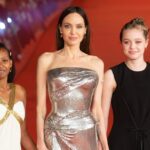