The suspect accused of killing Michigan news anchor Jim Matthews during an attack on his family was hit with murder charges Monday — as it was revealed the alleged perp knew Matthews’ partner “pretty well,” according to reports.

Arthur Williamson was hit with seven criminal charges, including first-degree murder, police said Monday. The surviving victims are recovering, according to police, with Matthews’ 10-year-old son in critical, but stable condition and his 5-year-old daughter already released from the hospital.

Matthews’ 35-year-old girlfriend and mother of the small kids, Nicole Guertin, was still in the hospital, but in stable condition, police said.

Matthews, 57, was the overnight radio anchor at WWJ-AM in Detroit.

Authorities didn’t have many details on the case, but did reference domestic violence during the press conference. Macomb County Prosecutor Pete Lucido said Williamson was apparently welcomed in the home leading up to the violent outburst.

“We know that it was not a breaking and entering, it was a relationship that didn’t show that he was an unwanted guest at the place,” Lucido said during a press conference streamed by WXYZ-TV Detroit.

“It’s someone that Nicole knew. I know that he knew Nicole pretty well,” said the children’s aunt Pammy Healy.

The suspect has a long criminal history, including convictions on assault, assault with intent to commit murder, kidnapping, illegal weapons possession, drugs and violations, the newspaper reported, citing Michigan Department of Corrections.

Williamson, 55, was found in the basement of the house Friday following the carnage where it appears he overdosed in a possible suicide attempt, cops said.

Matthews’ brother Joe Nicolai, who lives next door to the Matthews residence, told the Detroit News he believes Guertin met Williamson at a support and recovery group and had seen him a few times.

He told the newspaper he fears she might have been tricked by Williamson.

The two brothers shared the same last name, but Matthews was reportedly a professional pseudonym.

Matthews’ 10-year-son, Hunter, was found in a closet in the home bound and beaten, authorities said. His aunt in a GoFundMe post said he was forced to undergo brain and ear surgeries.

“He has come through both successfully,” the children’s aunt Ashley Quigley said.

The mother and daughter were able to escape the wild attack.

“I know (my nephew) was attacked brutally and tied up in the closet because he was trying to defend his father and his sister,” Nicolai told the Detroit News. “Ten-year-old boy, not on his watch.” 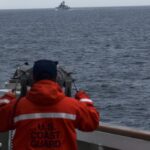 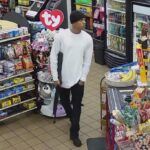