A decorated seven-year Army veteran was identified as the soldier who was shot and killed on a Georgia base Monday.

Sgt. Nathan Hillman, 30, of the 2nd Armored Brigade Combat Team was the servicemember killed in a “shooting incident” in a Fort Stewart building, the Army confirmed Tuesday.

“On Monday morning, the Spartan Family lost one of our own in a tragic and unexpected way,” Hillman’s commander, Col. Ethan J. Diven, said in a statement. “With deepest sorrow our hearts are with the Families and units involved in the incident.”

Hillman was the sole victim of the shooting Monday.

Officials have not released any other details but confirmed that a suspect has been arrested. The alleged shooter was apprehended at Fort Stewart and transferred to the US Army Criminal Investigation Division’s custody.

Army Times reported that the killer was an Army sergeant who carried a gun into the complex where the team works and lives. It’s not clear whether the killer targeted Hillman or whether he intended to shoot additional troops.

Hillman worked as a chemical, biological, radiological and nuclear specialist assigned to the 2nd Armored Brigade Combat Team, 3rd Infantry Division, the Army said. He had been a service member since February 2015 and had one deployment to Afghanistan.

Hillman’s death is still under investigation. 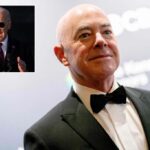 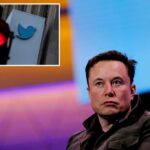