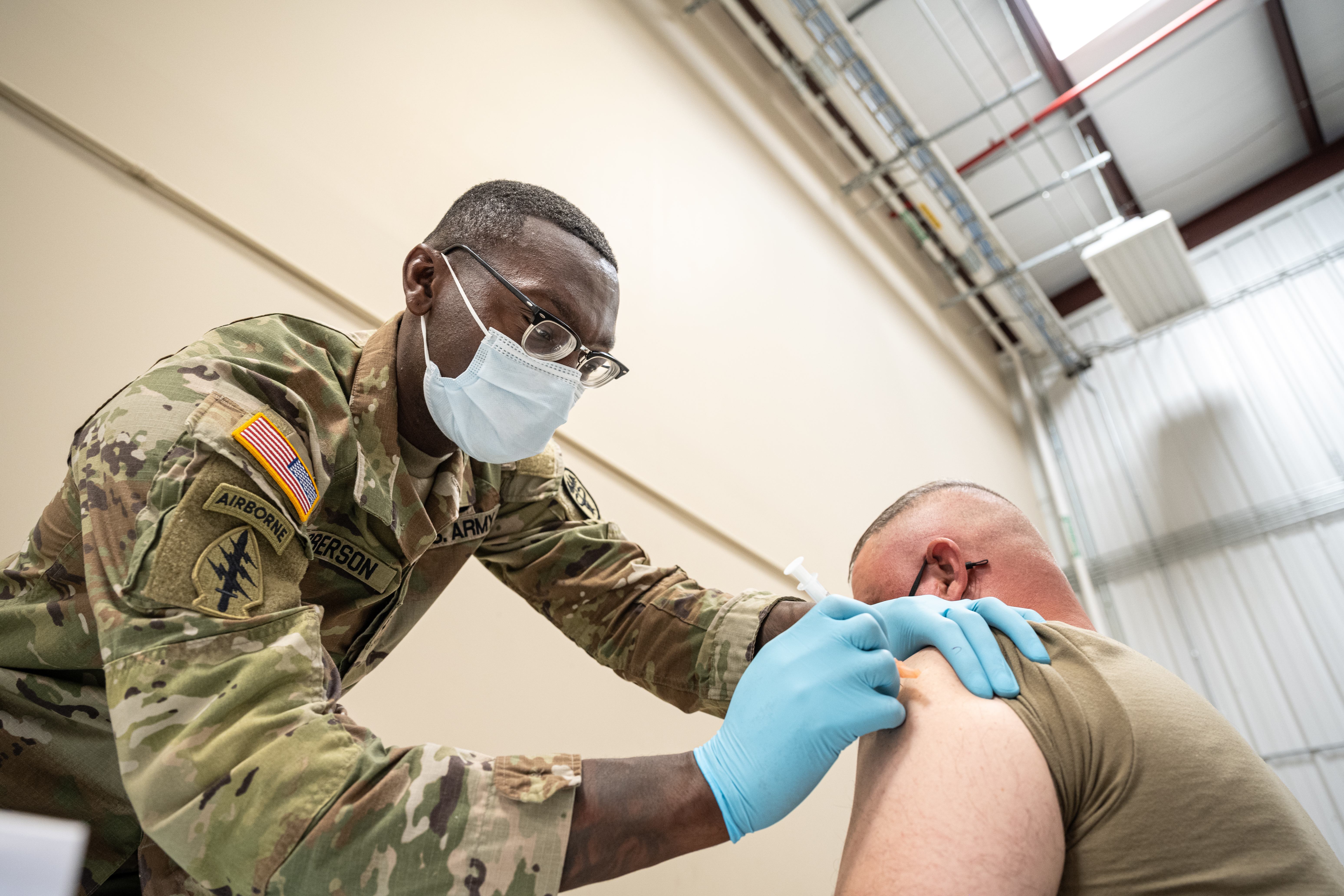 The U.S. Army on Friday said that roughly 40,000 National Guardsmen and 22,000 Reservists who have refused to get vaccinated against the coronavirus will be barred from their duties, effectively cutting their pay and benefits.

“Soldiers who refuse the vaccination order without an approved or pending exemption request are subject to adverse administrative actions, including flags, bars to service, and official reprimands,” an Army spokesperson said in a statement to Military.com.

The announcement comes one week after the deadline for the Army National Guard passed that required soldiers to get the shots in their arms.

Secretary of Defense Lloyd Austin in November said that members of the Army National Guard and the Air National Guard who refused to get vaccinated would be barred from participating in trainings and their pay would be blocked.

Austin also warned that the continued refusal to get vaccinated could result in “separation” or expulsion from the service.

The move reportedly comes as servicemen prepare for annual summer trainings that help them hone their military skills and ensure they are ready should they need to be deployed.

Fox News could not immediately reach the Army for comment.

Though servicemen who remain dubious on the merits of the vaccine will feel the repercussions of disobeying a directive, Army officials said they will continue to work with soldiers to keep them in the service — whether through informing them on the benefits of the vaccine or in rare cases making sure they qualify for exemption status.

“We’re going to give every soldier every opportunity to get vaccinated and continue their military career,” Director of the Army Guard, Lt. Gen. Jon Jensen, said in a statement to Military.com. “We’re not giving up on anybody until the separation paperwork is signed and completed.”

Roughly 13 percent of the Army National Guard and 12 percent of Army Reservists remain unvaccinated — a margin that could prove crippling to the ranks as the service struggles with low recruitment.