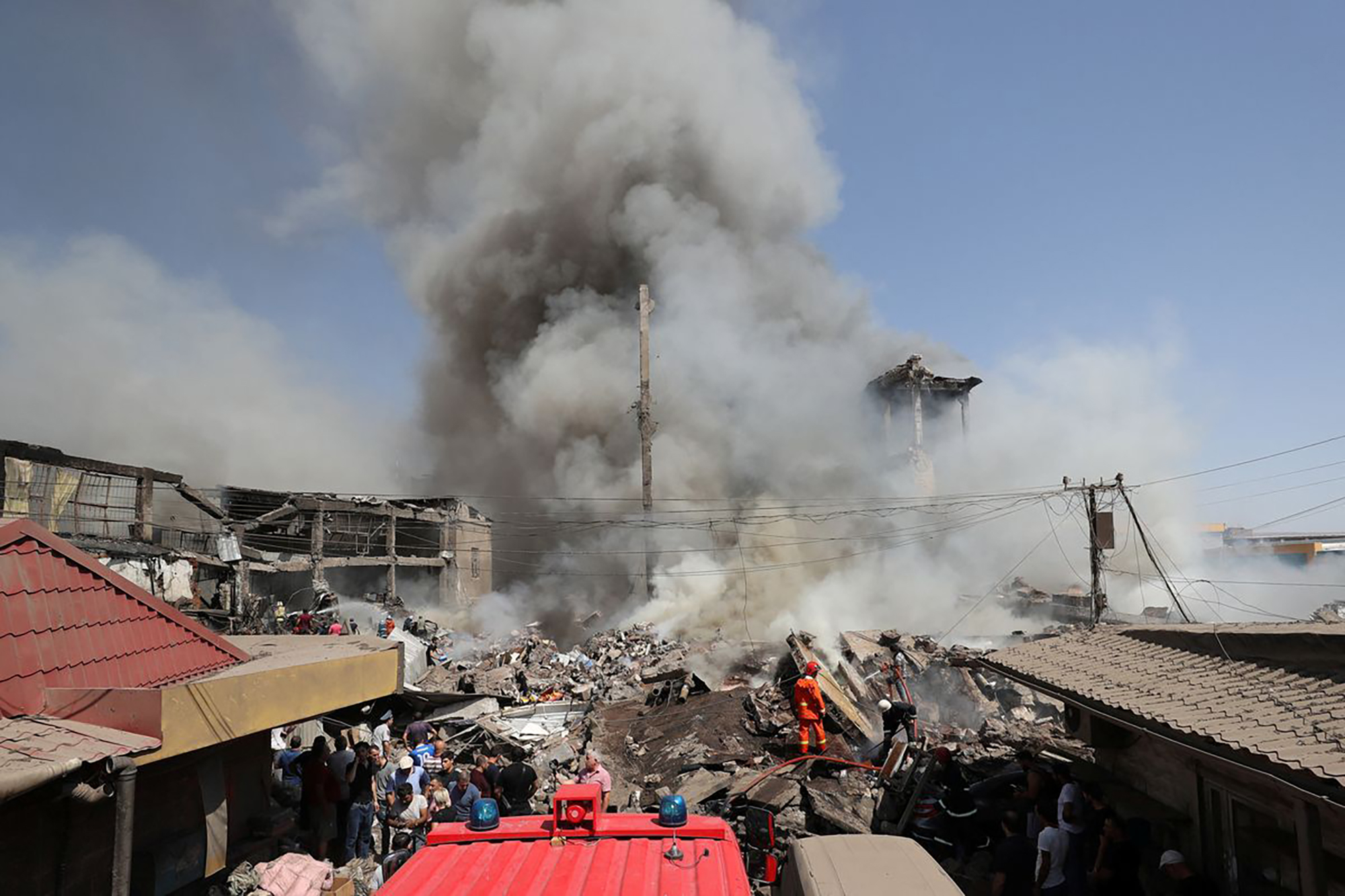 Rescuers have recovered more bodies from the site of a fireworks warehouse blast in Armenia, raising the death toll from Sunday’s explosion to 16, the emergencies ministry said on Tuesday.

Seventeen people remain missing, it said in a statement, after blasts ripped through the warehouse in a market in the Armenian capital of Yerevan on Sunday, causing parts of the building to collapse and injuring at least 60 people.

Emergencies minister Armen Pambukhchyan said a pregnant woman and а young child were among the dead, and that search and rescue efforts were ongoing as of Tuesday morning.

Video shared by the emergencies ministry showed rescuers sifting through a smouldering pile of rubble and twisted metal.

It was not clear what caused the blast, which took place in the large Surmalu market, although authorities have ruled out terrorism.

4 Marines killed Norway osprey crash was due to pilot error