The issue caused long lines at multiple voting locations Tuesday, but about 245,000 people had voted in-person before polls closed at 9 p.m. ET, Gates told reporters at a press conference Tuesday.

“We apologize to those voters who are inconvenienced by some of the things that occurred today, but we feel very confident that every voter who showed up with ID … had the opportunity to vote and have their vote counted,” he said.

The county published its first vote tally at 10 p.m. ET, which showed Democratic Sen. Mark Kelly besting Republican candidate Blake Masters by about 20 points in the race for his seat in the Chamber. In the gubernatorial race, Democrat Katie Hobbs held about 58% of the vote to Republican Kari Lake’s 42%.

However, ballots cast provisionally Tuesday due to the problem with vote tabulation machines will not be counted until tomorrow morning, Gates said.

“We anticipate about 95% to 99% of the ballots will be counted by this Friday,” he said. “There are so many, many ballots to be counted even after today that we asked for everyone’s patience in the process.”

Masters and Lake were part of an emergency lawsuit with Republican National Committee and House candidate Jill Norgaard Tuesday that asked a district judge to extend voting in Maricopa County by three hours after the printing issue caused “excessive delays and long lines” at about 36% of polling locations, according to court documents.

The judge shot down the request minutes before polls closed Tuesday after failing to find “evidence there was a voter who was precluded the right to vote from what was presented.” 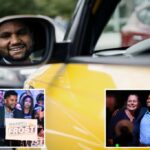