Arizona authorities have agreed to take down a makeshift wall of shipping containers along the Mexican border, just months after the outgoing governor said the state was “not backing down” on the issue.

According to court documents filed at the US District Court in Phoenix on Wednesday, Republican Gov. Doug Ducey has reached an agreement with the Biden administration to cease installing the containers in the Coronado National Forest.

The agreement also states that Arizona must remove the finished portions of the wall by Jan. 4 without damaging natural resources.

Made out of over 900 containers and running up costs of at least $80 million in taxpayer money, the wall covers portions of Arizona’s 370-mile Mexican border that were left open by former President Donald Trump’s incomplete border barrier.

Ducey, who ordered the construction of the makeshift wall earlier this year, always argued the stacked containers were a temporary placeholder for a more permanent solution.

“Arizona is going to do the job that Joe Biden refuses to do — secure the border in any way we can,” he said when the state sued the federal government for the right to keep the wall in October. “We’re not backing down,” he added.

Ducey’s comments came as record numbers of illegal migrants attempted to cross the southern border into the US, after being driven away from failing states in Central and South America.

The Biden administration, however, responded by suing Ducey and Arizona, arguing that the wall amounted to trespassing on federal lands.

As part of the new agreement filed Wednesday, Arizona authorities will have to consult with US Forest Service representatives throughout the removal process.

Arizona-based group the Center for Biological Diversity also filed two lawsuits against the container wall, saying it divided a conservation area where various vulnerable species live and had ended up blocking access to waterways and migration routes, disrupting the natural landscape.

The resolution also comes two weeks before Democrat Katie Hobbs is set to take over as governor. Hobbs had previously dismissed the wall as a “political stunt” and vowed to stop its construction.

“It’s not land that’s our land to put things on. That’s one problem. The containers aren’t working. There’s many pictures of people climbing over them,” she said. 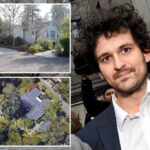 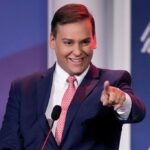 Rep.-elect Santos says he will respond to claims about his background next week