Rep. Debbie Lesko (R-Ariz.) called on Homeland Security Secretary Alejandro Mayorkas to resign on Friday, warning that he will face House investigations if he refuses.

The border state lawmaker’s message comes days after House Minority Leader Kevin McCarthy (R-Calif.) promised to launch investigations in next year’s Republican-controlled House to determine whether Mayorkas should be impeached.

“I’m glad that he has given Mayorkas an ultimatum: Either resign or we’re going to start investigations and see if it leads to impeachment,” Lesko said on Fox News, referencing McCarthy’s comments from earlier this week.

Lesko, a member of the House Border Security Caucus, went on to accuse the DHS chief of lying to Congress about the situation on the southern border.

“We had written him a letter saying he should resign. And he keeps on lying: He keeps on telling us that the border is secure,” Lesko said. “He said that again the other day in a House hearing. And it’s not secure. Anybody knows that. Even the illegal immigrants know that.”

Last week, Mayorkas told the House Homeland Security Committee that the border is secure and that DHS is “working day in and day out to enhance security.”

Two days later he admitted to the Senate Homeland Security Committee that his agency is “seeing a significant challenge at the southern border” and that “the entire hemisphere is suffering a migration crisis.”

Lesko joins a growing chorus of Republicans demanding Mayorkas’s resignation, vowing to hold him “accountable” for the crisis at the border if he doesn’t step down.

“We will use the power of the purse and the power of subpoena. Let me be clear, those responsible for this disaster will be held accountable,” McCarthy said on Tuesday during a visit to the Texas-Mexico border.

Rep. Jim Jordan (R-OH), who is set to lead the House Judiciary Committee next year and would oversee impeachment proceedings against Mayorkas, if they occurred, released a statement backing McCarthy’s threat.

“Leader McCarthy is right. Americans deserve accountability for the unprecedented crisis on the southwest border. Republicans will hold Secretary Mayorkas accountable for his failure to enforce immigration law and secure the border through all means necessary,” Jordan wrote.

The nearly 2.4 million crossings at the southern border recorded over the 12 months ending Sept. 30 were the highest on record. 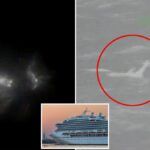 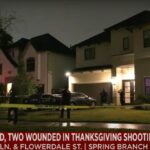